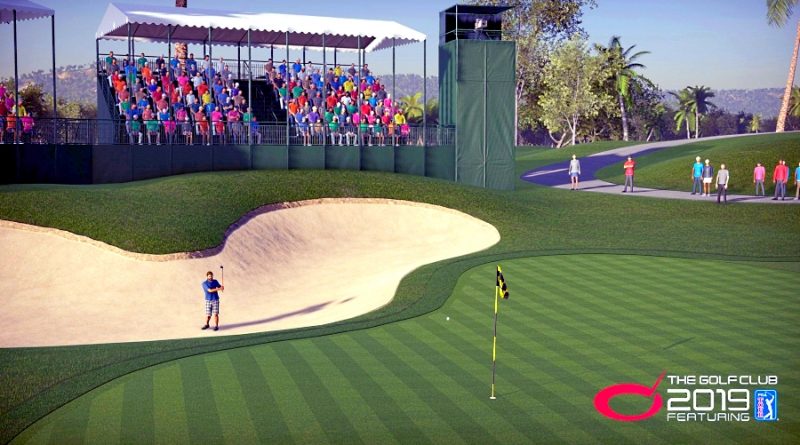 Hello, Rockheads! Last time we featured the best golf video games of all time, so this week it’s time to look at the best new and upcoming golf video games. Winter is coming, but you can still get your golfin’ fix while you wait for better weather by playing some of these new golf video games. There are some “realistic” gameplay titles as well as some other golf-themed video game titles to choose from. So grab a game controller, a keyboard and mouse, or some VR gear and dig in!

The latest title in The Golf Club series is The Golf Club 2019 featuring PGA Tour. And it looks and plays incredible. TGC2019 includes an officially licensed PGA Career mode, online societies, online multiplayer, and a course creator where you can create, play, and share your own courses. The 2019 version has an upgraded course designer, a more advanced character editor, and an updated, fresh new look!

And from the same makers of The Golf Club series comes The Golf Club VR. Get into the game with this title on those rainy days you can’t make it to the real course. Out of all of our VR titles in this list, The Golf Game VR has some of the most realistic golfing gameplay. Plus, all the golf courses created in the original The Golf Club can be played in the VR version as well! TGCVR can be played on both the HTC Vive and the Oculus Rift.

I have to say that I am really looking forward to Boss Golf. It is a golf course management tycoon type of game, and if it is anything like Sid Meier’s SimGolf (featured here), it will be a one worth playing. The game is built on three gameplay features: Build, Manage, and Play. There is a multiplayer game mode planned as well so you can show your friends “who’s the real Golf Tycoon!” Boss Golf is slated to be released in February of 2019 for early access on Steam.

Here is another entry into the VR golf video game list! Tee Time Golf VR has a more “fun” gameplay to it compared to the more professional gameplay found in The Golf Club VR. It has a much more casual gameplay style if you are looking just to get in and have some fun golfing. You will still need skill and technique to master Tee Time Golf VR, but it is very accessible and super fun when playing with friends.

Here is an oddball of a golf game, but it still looks like a great play. Arcane Golf is a miniature golf game in a fantasy world filled with “dungeons, dangers, gems, and geometry.” Even though this game is the oddball on our list, it is getting very positive reviews on Steam complementing it on its level design and engaging pixel art, sound, and gameplay. This little indie minigolf style adventure game may just be one worth picking up and playing!

And here is one more VR golf video game for the list. Everyday Golf VR has three different game modes including single-player, competitive, and tour mode. The game also includes swing analysis and a lefthanded mode for those lefties out there! However, it is currently getting mixed reviews on Steam. But overall it is being complimented on its easy and frustration-free gameplay, as well as its great graphics.

And before you go, don’t forget to check out The BEST Golf Video Games of All Time! 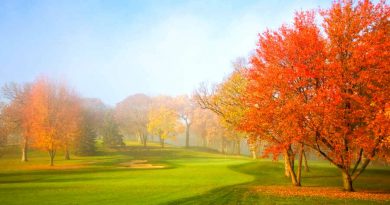 Enter To Win My Golf Giveaway!

4 Ways To Get The LPGA On The Front Page!

One thought on “New and Upcoming Golf Video Games You Have to Play!”