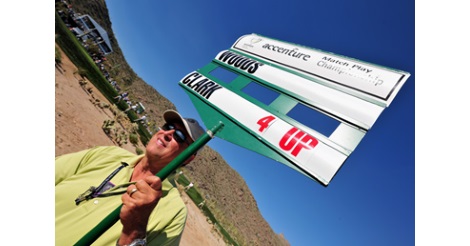 If you’re a golf newbie who has tuned into this week’s WGC-Cadillac Match Play tournament at TPC Harding, you may have been a little confused. But don’t worry! Scratch is here to break it all down for you!

Let’s start with the obvious. Match play rules are a little bit different than your typical stroke play. In stroke play, golfers rack up strokes over the course of 18 holes. In the end, the golfer with the fewest strokes is the winner. Match play, however, is a horse of a different color.

Match play scoring is very actually very simple. But it can create scores that might be confusing for those who just got the golf bug. During match play, each hole is a separate competition with golfers squaring off against one another to win individual holes. The player with the fewest strokes on an individual hole wins that particular hole. The player who wins the most holes wins the match. Think of it kind of like golf’s equivalent to basketball’s March Madness. 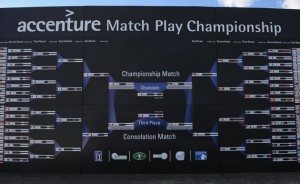 Keep your eye out for the term “all square.” All square means that a match is tied; both players have won the same amount of holes. In a tournament event where the score is all square after the last hole, usually 18 or 36, the players will play on until a player wins a hole (sudden death). In the Ryder Cup and other similar team events, the match is not finished this way, and the teams each receive a half point. In such events there are points accumulated over several days, playing different formats, and the total determines the winning team.

Match play also doesn’t have to go a full 18 holes. If one opponent has an insurmountable lead, the match is over. Say you’re 5-up with 4 holes left to play; even if your opponent wins all 4 of the next holes, he’ll never beat you, so the match is over. That being said, in the PGA it usually does go all 18 holes, because, well, those guys are REALLY good.

There are a couple of ways you’ll see the final score displayed. Brent Kelley from about.com breaks it down:

• 1-up: As a final score, 1-up means that the match went the full 18 holes with the winner finishing with one more hole won than the runner-up. If the match goes 18 holes and you’ve won 6 holes while I’ve won 5 holes (the other holes being halved, or tied), then you’ve beaten me 1-up.

There are two main formats you’ll see in match play: Single, Fourball, and Foursome Match Play. If you’ve watched the Ryder Cup, you’re probably familiar with them. Singles pits 2 individual playes against each other. In Fourball, each side consists of a team of 2 players. Each player hits their own balls on each hole. The lowest score on each team serves as that team’s score. So if on Team A, Player 1 scores a 3 and Player 2 scores a 5, then the score for Team A is 3. If Team A scores a 3 and Team B scores a 4, then Team A wins the hole.

Foursomes matches also pit 2-person teams against each other, with each team playing one ball, the two teammates alternating hitting the shots (so this format is often referred to as alternate shot). Example: Player A and Player B are partners. On the first hole, A tees off; B plays the second shot; A plays the third shot; and so on until the ball is holed. After both teams have completed the hole, the side with the lower total strokes wins the hole. There are handicap allowances for Fourball and Foursome match play and these can be found in USGA Handicap Manual, Section 9-4.

Conceded Putt: Also known as a gimme. These are short putts that a player picks up rather than holin out. They’re generally illegal, though many weekend warriors use them anyway. However, in match play, they’re completely legal. A opponent can concede a putt to you, no matter how far away the ball is from the cup, it’s up to him. A conceded putt can only, be given, not requested. So you may see some players linger a bit on the green, it’s because they’re hoping their opponent will concede the putt.

Cancel The Shot: Your opponent can cancel your shot and make you replay if you’ve violated certain rules rather than having you take a penalty. For example, playing out of turn, hitting from outside the teeing ground, hitting a ball at rest on the green, etc.

Penalty for Breach of Rule: If you fail to follow the proper procedure for continuing play after a violation of the rules, you could loss the hole entirely. Usually in stroke play, this would be a 2-stroke penalty.

“Good-good”: When one player offers concede his opponent’s putt if the opponent reciprocates by conceding the first player’s putt.

Hopefully this clears up any confusion for you Rock Heads! Enjoy watching the match play this weekend!

How To Catch A Cheat On The Course! 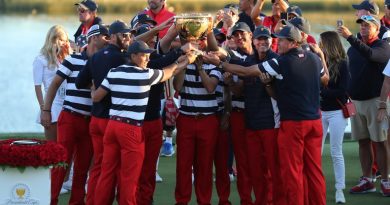 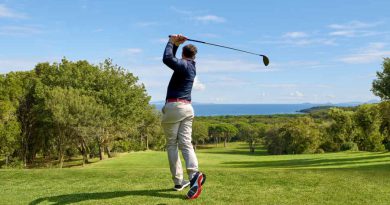 Is Buying Pre-Owned Golf Clubs For You?