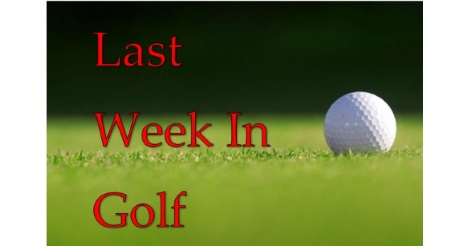 1.Fifty-one time PGA Tour winner, Billy Casper passes away at 83. Known as a pioneer in the game of golf, Casper started his career in 1956. His 51 Tour wins, including three majors — the 1959 U.S. Open, the 1966 U.S. Open, and the 1970 Masters– put him at number seven on the list of top winners in the sport. The Hall of Famer was known as one of the most underrated golfers of all time. Casper died Saturday at his home in Springville, Utah surrounded by family.

2. Richard Green hits a crazy hole-in-one at a pro-am before the PGA of Australia’s Victorian Open. Green, who has won three European Tour tournaments, drained his ball on a par-4 measuring 391 yards. The ball initially looked to be landing in the bunker, but a strange bounced put the ball back onto the green and right into the cup. Afterwards, Green admitted that he was completely oblivious and thought the ball had just landed in the bunker. The shot even made it onto ESPN’s Top Ten Plays last week.

Oh yeah, and Chad Campbell hit a hole-in-one, too at Torrey Pines. His took place on a downhill 143-yard par-three. A sweepstakes run by a company that sponsors the Tour announced that with Campbell’s hole-in-one, a lucky fan will have their mortgage paid for a year.

3.Jason Day defeated J.B. Holmes, Scott Stallings, and Harris English in playoff at Torrey Pines. With the win at the Farmers Insurance Open on Sunday, Day moved to the number four ranked golfer in the world and became the highest-ranked Australian golfer ever. He made a risky play on the regulation 18th when his chip out of deep rough faced the downhill, but he managed to get par. Day, Holmes, Stallings, and English all finished at 9-under. English and Stallings were eliminated on the first hole of the playoff. Holmes, needing a birdie to win, narrowly missed a 20-foot attempt at the playoff 18. Day is in his eighth year on The Tour.