According to an article in this week’s Sports Illustrated, Vijay Singh admitted to using a banned substance from the company S.W.A.T.S. The article on S.W.A.T.S. – Sports with Alternatives to Steroids – said that Singh paid one of the company’s owners $9000 for their products which are advertised to maximize athletic performance. These “steroid alternatives” are products like deer antler spray and holographic chip (stickers). Singh reportedly said that he uses the spray “every couple of hours…every day” and “sleeps with the beam ray and has put chips on his ankles, wrists, and shoulders.”

“I’m looking forward to some change in my body,” Singh said, according to the story. “It’s really hard to feel the difference if you’re only doing it for a couple of months.”

The deer antler spray contains IGF-1 which SI describes as a “natural, anabolic hormone that stimulates muscle growth”. It is not clear whether deer IGF-1 even works in humans. IGF-1 is a banned substance in all major sports leagues, including the PGA Tour. While IGF-1 is banned, the Tour, like other professional sports leagues, does not test for it.

Ty Votax, the Tour’s vice president of communication and international affairs said, “We were just made aware of the report and are looking into it.” He declined to say whether the Tour has talked with Singh over the allegations.

One of the authors of the article, David Epstein, said on Morning Drive that he was skeptical as to whether Singh knew he was taking a banned substance. Discussing how readily Singh talked about the products, Epstein said, “It makes me think that he probably didn’t know that. It would be a little strange because the guys in the company are usually very upfront that their products are banned by major sports organizations, but they can be a little equivocal about why it’s banned sometimes. But a quick Google (search) would tell anyone it’s banned.”

We’ll have to see where this story goes, but what do you Rockheads think? Let me know in the comments, and check out David Epstein’s Morning Drive interview below! 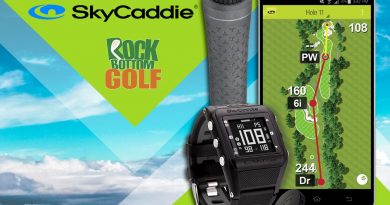