I have compiled a list of a few of my favorite round formats for those of you who are tired of playing the same basic round time and again:

Stroke play: The standard way of playing golf each stroke counts for a total score. Medal play is another term for stroke play.

Match play: This is the second most used format and, is played between two players (or teams) attempting to make the best score on a single hole, thus winning that hole. If two players make the same score, then they halve the hole. Whoever wins the most holes wins the match. Seems easy enough, but all the crazy terminology can get confusing. The Match Begins with everything being “All Square” as the first player wins the hole, he/she becomes “1-up”. If during the next hole, the competing player wins the hole, everything goes back to being All Square. If they tie, the first player remains 1-Up, and if the competing player loses, the first player goes to 2-Up. During the closing holes of the tournament it gets even more confusing. Say it’s the beginning of the 16th hole and the leading player is 3-Up. Since there are 3 holes left to play, if the leading competitor wins the hole, he would win the match 4 and 2, as he would be 4 up with 2 holes left to play, and that does not give his opponent enough holes to catch up. If they halve the whole he would win 3-2 for the same reason. Winning on the 18th or final hole, means that the player wins the match 1 up.
Alternate shot: this is most commonly used with two-player teams, and is basically played how it sounds. Each teams players alternate taking shots for their team on the same ball. They may also rotate which player tees off on each hole. This format can be used in stroke play and match play.

Scramble: This is the most popular playing style for charity events or local amateur tournaments. The scramble format can be played in teams from 2 to 4 players, and consists of all team members hitting a tee shot, and then the team decides which shot was the best. From that spot, each team member will hit their next shot. This continues for every shot (including putts) until the ball is holed. There’s also a one-man scramble format, where individuals hit two shots from every location and decide which ball to play.

Best ball: Often mistaken as a synonym for scramble, the best ball format consists of each player of the team playing their own ball on each hole, and then the team takes the lowest individual score. This format can also be called “fourball” when two 2-player teams are playing a best-ball match against each other, as they do in the Ryder Cup.

Skins: is one of the most popular betting formats in golf. Like match play, skins are played hole-by-hole. A standard amount of money is wagered per hole per player. The lowest score on any hole takes the money for that hole. If two or more players tie for a given hole, the skin carries over, so the next hole would be worth double. The best example is the Skins Game, a PGA Tour postseason event where tour players play for thousands of dollars per hole. The event is recognized by the PGA Tour, but does not count towards the money winners list. The Skins Game had been held every year since 1983, but the 2009 event has been cancelled due to the economy. The event does plan to return in 2010.

Stableford: A format where a specified amount of points are awarded for a given score on a hole. While the USGA has a standard scoring system when it comes to the Stableford format, the most famous use of this format was a modified version used at the International, a former PGA Tour event. At the International, a player received 8 points for a double eagle, 5 for an eagle, 2 for a birdie, 0 for par, -1 for bogey and -3 for a double bogey or worse. However, a tournament can assign any scoring system they wish, and can even have different scoring values for different ability levels or flights. The advantage of using a Stableford or Modified Stableford format is, if a player is going to make worse than a double bogey, they can simply pick up their ball and move on, since they won’t do any better or worse than what the system allows.

6-6-6 (or 3-3-3): A tournament style that combines aspects of any of the above formats. A 6-6-6 is an 18 hole tournament with 6 holes each of three different formats, such as 6 holes of best ball, followed by 6 holes of scramble and 6 holes of alternate shot. A facility can hold a similar nine-hole tournament using a 3-3-3 system.

Handicap: This may be the most confusing part of the game. They are used to level the playing field between golfers of different ability levels. The official handicap indexes established by the USGA through their Golf Handicaps and Information System (GHIN) are based on a complicated formula based on the players’ last 20 rounds of golf, and are only issued through golf clubs (the ones you join, not the ones you swing), but there are web sites and programs can offer you an approximate handicap calculation of what your handicap may be. Mine’s obviously Scratch or Zero.

In a nutshell: your handicap index (let’s say, 14.8) and the slope rating (or course difficulty, we’ll use an average slope of 113) are entered into a table to determine your handicap for that course. In this case, you would get 15 strokes against par, or a scratch golfer. If you are playing someone with a different handicap, you would compare your course handicap against theirs to find out who gets more strokes.

In stroke play, the application of the course handicap is simple: the lesser player subtracts the strokes given against their actual (or gross) score to get their net score. So if you shot 90 and get 15 strokes, then your net score would be 75. If I was your opponent and shot a 76, you would win the round.

In match play, the strokes you are given apply to the hardest holes on the course. So let’s say after comparing course handicaps, you find your opponent gives you 6 strokes. Those strokes would apply to the 6 hardest holes on the course, which is noted on the scorecard under the handicap column, with the 1 hole being the hardest and 18 being the easiest. So on those six holes, a par would be good for a “net birdie”, meaning your opponent would have to also make a birdie in order to halve the hole.

For more information on handicaps, visit the USGAs or GHIN’s websites.

What is your favorite format? 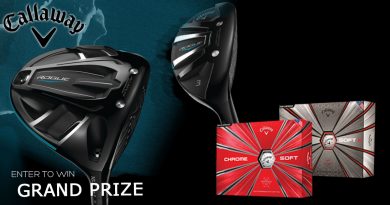 One thought on “What Is Your Favorite Round Format?”