This Weekends BMW Championship brought Dustin Johnson his second win of the 2010 PGA Season. After his summer of Sunday Disappointments, this was an excellent turn around in his Final round play!

First moment of yuck came when he was flying high during the US Open only to shoot an 82 during the final round, shattering his lead. The next came when his club touched ground in a bunker, causing him to be denied a spot on the playoffs if the PGA Championship.

Scream and holler, throw clubs in anger and frustration. Punch his caddie or the gallery? Nope, Dustin Johnson is a classy fellow. Instead, he took his follies with grace, came back with resilience, and tore up the BMW’s Final by making up for a 3-shot deficit to close with a 1-shot victory over Paul Casey.

Mickelson and Tiger played together for the first time all year, there weren’t any earth shattering results though. Mickelson tied for 8th (his first top 10 finish since the US Open) with a -4, and Tiger tied for 15th with a -1. Tiger’s play, while not bad golf, just isn’t where he used to play, as the Best. And was not the top 5 he needed in order to make the top 30 in the FedExcup playoffs points to qualify for the Tour Championship. It is also his 12th consecutive start without a victory, the longest stretch in his professional career.

Do you think Tiger Will get a free pass into the Tour Championship? Should he? Will you still watch if he isn’t playing?

~Scratch
Across the Pond: Martin Kaymer pushed Jim Furyk out of the # 5 Spot when he won the KLM Open on Saturday. Congrats Kamyer! 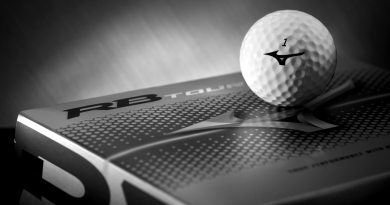 One thought on “Dustin Johnson Claims Victory Over The BMW Championship!”