The holiday has begun and let me tell you something, this caveman probably will not take it easy on delicious thanksgiving food intake. Holidays are often used as an excuse to eat ourselves into a festive coma. Unfortunately the winter holiday season isn’t just one day of excess binging. Since it basically runs from post trick or treatinguntil after the New Years, and can really build that spare tire up and set you back on that new years resolution. I am getting a jump on it this year and since I haven’t done a fitness blog in a little while, I decided I would share with you a few of my tips!

First of all, since I know that I won’t have self control at the holiday parties, I have decided not to give in to the temptations on daily! I will keep the celebration to the actual holidays and try to maintain some better choices. This probably includes cutting back on mouthwatering desserts and eggnog (eggnog can have nearly 300 calories for every 4oz’s and that doesn’t include the alcohol!) During most of the season, I can substitute some healthier food options and still get my fill of holiday cheer!

The day of the party rolls around, and most people refuse to eat all day until the party. Their mentality is that if they save the calories throughout the day, they can make up for the horrible foods they will be putting into their stomachs later. BAD IDEA! The food restriction will make you so hungry come party time that you will over indulge, and blow the calories you would have eaten out of proportion. The best action to take would be to eat a few small healthy meals before hand so that you are not starving, and to take smaller portions of everything you want while at the party. That way you can try everything, and still feel good about yourself. Don’t let your eyes be bigger than your stomach!

Another cause of holiday weight gain is the lack of physical activity. Its cold out right now, and us golfers aren’t out walking the course, we are also too busy running around doing errands and shopping in preparation. But waiting in line doesn’t fully count. You have to remember to exercise. Maybe an extra mall lap or two if you can deal with walking at the snail pace because people in front of me at the mall don’t want to pick up the pace and get where they are going.

If you can’t cut out the food, try to make sure your exercise program can compensate for the increased calories consumed.

What do you do to try to beat the holiday weight gain? 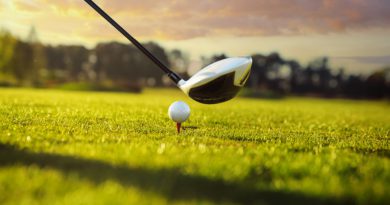 Have A Healthier Easter With These Four Easy Tips!

2 thoughts on “Do You Give In To the Holiday Weight Gain?”