The PGA Championship is officially under way this weekend!  Amid all the excitement of big storylines like Tiger, the new crop of talent, international dominance of the majors; one question sticks out in this caveman’s mind, is the Highlands Course at the Atlanta Athletic Club too difficult for golfers?  And if so, does a difficult course mean its less fun to watch?

AAC’s Highlands Course is noted as being one of the most difficult courses on the tour; and the closing holes stick out in player’s minds as some of the most arduous they’ve played.  A CBS golf analyst, Peter Kostis is quoted as saying “I can see a player losing the tournament down the stretch, rather than somebody winning the tournament down the stretch.”
The Highlands Course isn’t the only difficult course to host a major, in 2009 the U.S. Open was played on the Bethpage Black Course at Bethpage State Park.  Of course, in 2009 the U.S. Open was hammered by rain; leading to frequent delays and suspensions of play, however there was no hiding how difficult a course Bethpage Black is to play.  It ranks 6th on America’s Most Difficult Courses list; and with Tiger finishing sixth in the field at even; this red bearded cave dweller can understand why.  In fact, only the top 5 golfers placed below par; with Lucas Glover at -4 to win .

So that begets the question; is a difficult course less fun to watch?

Do viewers want to see twenty-under-par rounds, or would they rather watch top golfers adapt their game to difficult courses hacking their way to top five finishes at one-under?  Is the game more beautiful with more birdies less bogeys?  Personally, I love seeing record setting rounds, there is just something about an eagle that’s more appealing to the eye.  Being no stranger to record setting, standout performances in the stone age; I love tournaments where the name of the game is who can get the most birdies on the back nine.

With that being said, I also love seeing a golfer adapt to some difficult courses; there is something eerily satisfying about watching one man overcome an incredibly challenging course.  Watching the professionals struggle, somehow makes a win seem even more rewarding; but that does not necessarily mean it was more fun to watch.

So the question is on you RockHeads: would you prefer to watch a tournament with a course that is more challenging or is it more fun to see just how low the best pros can go? 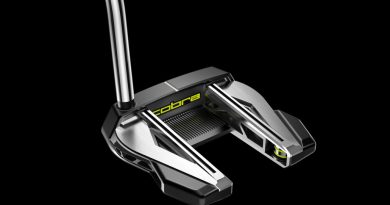 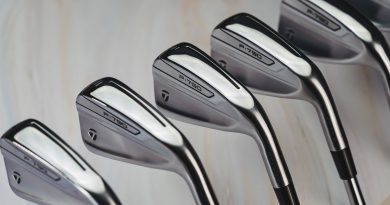 3 thoughts on “Would Majors Be Better With More Birdies?”