Keep Up With The Live Leaderboard Here!

Love it or hate it, the WGC Accenture Match Play Championship is back! Barring another freak snow storm like last year, this mano a mano tournament should go smoothly through Sunday. While Golf Channel asserts that “there are no upsets in match play“, Peter Hanson beat Dustin Johnson, Rickie Fowler score a 2-and-1 victory over Ian Poulter, and we have already seen Rory McIlroy inadvertently cause a spectator to fall into cacti, so who knows, maybe there are surprises on the way. This is the last year for the championship at Dove Mountain; the tournament’s sponsor is pulling out and there is even talk that a renamed match play tournament might go overseas. Where ever it goes next year, sit back and enjoy the weekend match play Rock Heads, I know I will!

Website: http://www.worldgolfchampionships.com/
What It Online: http://stream.golfchannel.com/?pid=24 or http://pgatour.cbssports.com/live/ on Saturday and Sunday from 2 to 6pm

Bubba Watson: He’s playing well this year and after his win last week, he seems to have some momentum coming into the weekend. For his sake we hope it’s not another two years before his next win.

Rory McIlroy: After a disappointing season last year, he seems to finally have figure out how to use his new Nike gear. He knocked out Weekley in the first round, but we’ll have to wait and see if this is actually a comeback.

Speaking of Rory McIlroy, here’s the video of his errant shot that caused a cameraman to fall into some cholla cactus. Hopefully he got a signed glove out of it.

Let me know how your brackets are doing Rock Heads! Leave a note in the comments section! 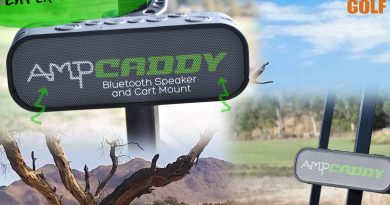 A Win For Mickelson, A Win for Golf, and A Win for Callaway?