Now that the PGA Championship is in the books and we have all had a moment to reflect on what transpired this weekend; the storylines that played out over AAC are just too intriguing to ignore.  Take your pick: a historic collapse from both a humble and gracious golfer; an exciting three hole playoff to end a wild weekend on the Highlands Course, American’s ending their majors drought, a PGA rookie winning the first ever major he entered; a streak of seven straight first time major winners (a streak this caveman thinks shows no signs of letting up); McIlroy’s wrist injury, Tiger missing the cut; like I said, the storylines this weekend were both captivating and engaging.

This weekend marked the seventh straight Major where a first time Major winner, won.  The streak began with Graeme McDowell’s 2010 U.S. Open ; but once Charl Schwartzel won this years coveted green jacket at the Masters, suddenly the world took notice of some new names on the golf course.  Does this mean that gone are the times where names like Woods and Michelson dominate the golf landscape?  Not entirely, but this does mean a new era for golf, where there is less disparity among the top golfers.  The talent pool in golf is always rising and it seems like suddenly a whole new wave of young talented players are rising up in the toughest situations.
What made this particular PGA Championship so special, wasn’t just the fact there was another first major winner; it was also the fact that Keegan Bradley won the first Major he ever entered; a feat that hadn’t been done since 2003 when Ben Curtis won the British Open.  Francis Ouimet also won a Major the first time he entered one; the 1913 U.S. Open; so Keegan Bradley joins some pretty elite company as winners of their respective first Major tournament.

It all seemed over for Bradley, when after his chip on the 15th found the water he wound up with a triple bogey, landing him 5 strokes off with three to play; yet the youngster shoed poise beyond his years going unto to birdie the next two; and two putting a brilliant 18th.  Those were certainly some rock steady nerves, and if there’s one thing Scratch knows, its rock steady.  He forced a playoff with Jason Dufner, who was playing some brilliant golf until he hit a snag of three straight bogeys and hit par on the 18th.  The playoff was an exciting one, Dufner looked poised to for eagle as he landed a brilliant shot on the green that narrowly missed the cup; however the ensuing birdie put broke left and he tapped in for par.  Bradley also had a brilliant shot to the green on the first playoff hole on the 16th; and he was able to make the most of his opportunity when he was able to putt for birdie.  The 17th proved to be Dufner’s undoing as he bogeyd while Bradley saved par.  Not even a birdie could save Jason Dufner on the 18th as Keegan Bradley was able to make his par putt.  However, I for one was excited to see Dufner birdie the 18th, for a man who spent the whole tournament playing spectacular golf, only to lose it on the final holes; it seemed fitting that while he did lose the playoff; he would birdie the 18th.

What about the man who had the shaky finish to fall into the playoff; Jason Dufner?  The former Auburn walk-on may not have been well known before the PGA Championship, and some may say he played outside of himself this tournament; however I think the world was able to get a glimpse a great golf talent, that I am certain we will hear more from in the future.

He was gracious even in defeat, taking it as a learning experience, and saying he hopes, and you could not help but notice that the stone faced player, who barely let out a fist pump during his final round birdies, was a very likable guy.  As an 11-year PGA Tour veteran, without a victory to his name, to leave coming in second after coming so close to getting his first win at a Major, might have left a sour taste in anyone’s mouth, but Dufner was complacent, saying just that he was “disappointed” but he would learn from his mistakes at AAC.  I personally hope we see more from Dufner in the near future.

Those weren’t the only storylines this weekend at the AAC; American’s ended their Major’s drought, capturing their first win since Phil Mickleson won the 2010 Masters.  The streak saw some new names thrust into the forefront of golf; with names like McIlroy, and Scott.
Speaking of McIlroy, his wrist injury on the first day might have been a storyline you followed; still making the cut, all be it having a somewhat up and down tournament, he was still able to birdie the 18th on the final day.  Which is more than we can say for Woods, a forgettable tournament to say the least; where Woods not only missed the cut but did so in somewhat embarrassing fashion after such a promising start to the weekend.

So the question is to you RockHeads: What storyline did you find most engaging in this weekends PGA Championship at the AAC?

Did You Watch The 2010 Open Championship? 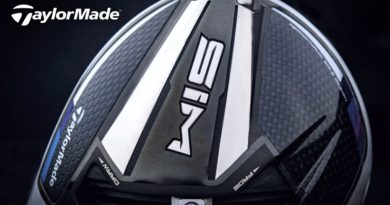