The first Tee It Up of 2019 focuses on the new PGA Tour season! Technically, the 2019 season started in 2018 but will focus on the 2019 swing of the season. So far in 2019, there have been 2 events, The Tournament of Champions and the Sony Open. This week the PGA will head to California for the Desert Classic. The remaining 2019 schedule is below. (2019 Majors are in bold/italics)

This year there are a few changes coming to the schedule, we will take a look at some big changes for the upcoming season. This year the PGA Championship will move to May 13-19, making it the second major played. It will fall 5 weeks after The Masters’ and 5 weeks before the U.S. Open. With this move, the PGA also decided to adjust the schedule of The Players Championship. The Players will now be hosted March 11-17 instead of its typical time slot in May. For the first time, the RBC Canadian Open will now serve as the lead in event for the U.S. Open, June 3-9. The FedEx Cup will also be moving up on the schedule for 2019, typically the PGA season goes into September but this year the playoffs will conclude in August. A big reason for the move up in the seasons’ conclusion is that typically in the Fall season the PGA has to compete with NCAA and NFL football.

We are EXCITED to announce that we are making changes to our Tee It Up blog for 2019. We want to be YOUR all-inclusive stop for everything golf! Beginning on 1/23/2019 we will be releasing our Tee It Up preview, each week this blog will come out on Wednesday. The preview blog will feature that weeks PGA event, we will discuss the event, the course it is being played at, the players in the field and how YOU can watch it. That is not all though! After the conclusion of the event, we will be releasing a recap of that week’s event as well.

Get ready for a new adventure with Rock Bottom Golf! Next week we will also be rolling out a brand new blog title called, On The Range. This blog will be more opinion based, for example, our first version will include our writers picks for PGA Player of the Year, Rookie of the Year and we take a shot at naming the winners of all 4 golf majors. Our team of writers envisions this blog as a way to engage all of our Rock Heads! We can’t wait to release all of our new blogs and posts for 2019, we think that YOU will enjoy them.

As always thank you for taking the time to read our Tee It Up blog and we can’t wait to engage with everybody on our upcoming posts! 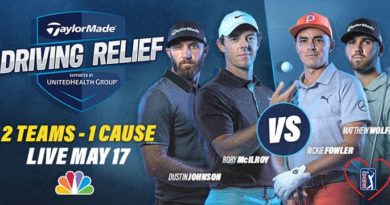 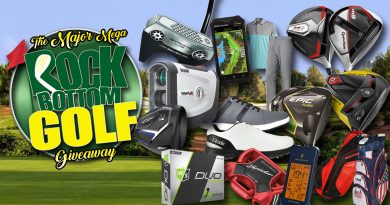