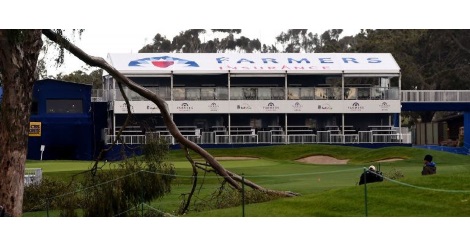 1. Farmers Insurance Open will finish on Monday due to inclement weather. Officials tried to miss the worst of the wind and rain by moving tee times up by 70 minutes, but the conditions were too rough for golfers to continue the final round. Brandt Snedeker will head into Monday just one stroke behind leader Jimmy Walker after a 3-under-par 69 round Sunday in the brutal weather. The tournament has also shut down public access to the Torrey Pines Monday due to safety concerns.

We’ll leave this to the pros 🙈 pic.twitter.com/Kl2kpBvokr

2. Branden Grace successfully defends his title at the Commercial Bank Qatar Masters. The South African golfer headed into the final round trailing by two shots but shot a 69 to pull ahead and win his seventh Tour title. Grace is currently ranked number 11 in the world and hopes that his win this weekend propels him into the top ten.

4. Jordan Spieth’s rally at Singapore Open delayed for weather. Lightning and rain were the culprit in Singapore on Sunday that put Spieth’s chances of tying the lead on hold. Spieth was on the 18th green looking to make a birdie that would’ve tied him with eventual winner Younghan Song when the whistle blew. Play resumed Monday morning local time with Spieth finishing as the runner-up. 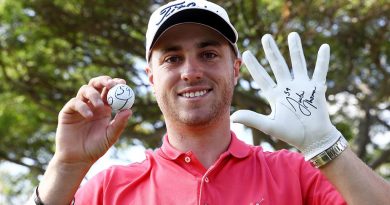