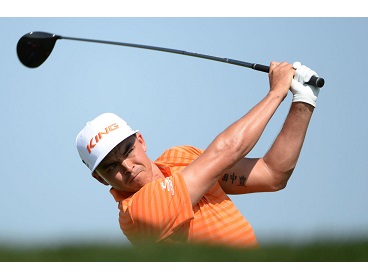 1. Rickie Fowler gets win at Abu Dhabi Championship. Fowler, dressed in his trademark orange, hit a birdie on the 17th hole to hold onto the lead and take the trophy on Sunday. Fowler finished the tournament at 16-under 272. Thomas Pieters finished one stroke back, with Rory McIlroy and Henrik Stenson tied for third. With the win, Fowler is projected to be ranked at number four when the new world rankings are announced Monday morning.

2. Jason Dufner wins in playoff at CareerBuilder Challenge. Dufner and David Lingmerth were tied at 25-under after four rounds. It took just two playoff holes for Dufner to win it all on Sunday. On Saturday, Dufner finished his day by birdieing seven of the final nine holes and headed into the final round with a two-stroke lead. Dufner had gone winless since the 2013 PGA Championship.

3.Jordan Spieth to cut back on traveling to tournaments abroad for the time being. Despite finishing in the top five at The Abu Dhabi Championship this weekend, Spieth admitted he was exhausted and not playing his best due to the tough travel schedule. Since the end of 2015, Spieth has traveled to China, Australia, the Bahamas and Hawaii before heading to the UAB.