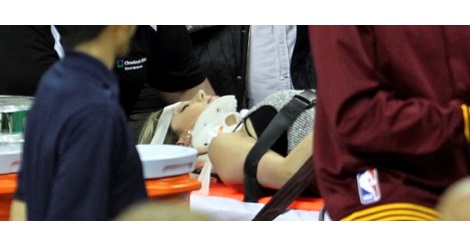 1. Jason Day’s wife Ellie took a hit at an NBA game that sent her to the hospital. Ellie Day was sitting courtside at the Cleveland Cavaliers/Oklahoma City Thunder game Thursday night when she was tackled by LeBron James. James was attempting to save a loose ball from going out of bounds when he ran into Ellie. Some “crazies” as Ellie put it accused Jason of not jumping in front of her, but she defended him on Twitter by telling them he just did not have enough time to react. She also let LeBron know that all is well.

2. Jordan Spieth was named honorary captain at the Dallas Cowboys game. Always the homer, the Texan golfer wore a Dan Bailey jersey as he stood at center field during the Dallas Cowboys versus New York Jets game Saturday night. Spieth also took part in the coin toss. Although his presence was not good luck for the home team – the Cowboys fell to the Jets 19-16 and are now officially out of playoff contention.

3. Want to own Jordan Spieth’s putter from his days at Texas? A Scotty Cameron prototype putter with “Spieth” engraved in orange appeared on eBay this week, just in time for Christmas. Got an extra $18,000? Because that’s where bidding starts! The eBay listing does not specify if Spieth actually used the putter, but it does come with a certificate of authenticity from Scotty Cameron and his design studio.

4. Golf Channel analyst Brandel Chamblee calls Tiger Woods the greatest of all time. A special is being filmed to celebrate Tiger’s 40th birthday. In it, Chamblee said he would pick Tiger over Jack Nicklaus. Here’s the clip: 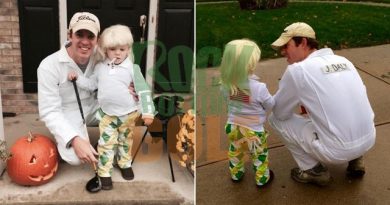