Lots of Rock Heads chimed in with their opinion on Tiger Woods’ On-Course Etiquette. But whatever you might think about his behavior, there is no doubt about his talent – Tiger Woods is the greatest golfer ever.

If you don’t agree, then you must not have seen this shot on Sunday. With Padraig Harrington clinging to a one-shot lead with just 3 holes to play, Tiger pulled a miracle out of his bag (along with his 8-iron):

Padraig fell apart and carded a triple bogey, leaving Tiger to claim his 70th PGA Tour victory with ease and all but erase the aftertaste of that missed cut at Turnberry.

The only question now is, can Tiger make it 3 in a row with a win at the PGA Championship this weekend?

PS: Check out this report that Tiger will be fined for his criticism of the rules official and his announcement that Tiger and Paddy were on the clock 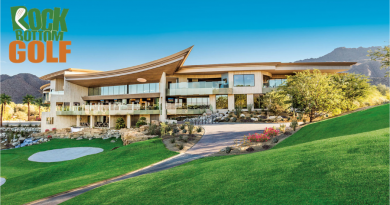 2 thoughts on “One More For The Highlight Reel”