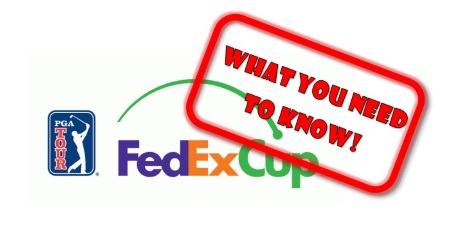 Just because the Majors are done, the golf season’s not over yet. The Majors crown four winners, but just like the Highlander, there can only be one (top golfer that is). So starting this week, we head into the race for the FedEx Cup and Scratch is here to break it down for you Rock Heads out there!

The first thing to know is that all this year, the pros have been collecting points according to how they’ve placed in tournaments during the “regular FedEx Cup season”. This regular season runs from Week 1 of the PGA Tour schedule to the Wyndham Championship in August. At the end of the regular FedEx Cup season, the 125 players with the most points move onto the playoffs. Also, those 125 players who make the first cut automatically retain their PGA tour card for the following season. How a player does in the FedEx Cup events can also determine whether he plays in the President’s Cup. So it’s kind of a big deal.

The playoffs consist of four tournaments and after each tournament the field of players is cut. The four playoff tournaments are:

The cuts in the field each week of the playoffs are determined by ranking on the FedEx Cup points list. For example, following Week 1 of the playoffs, only the Top 100 on the points list advance to the Deutsche Bank Championship.

Well, there’s one small catch. Those points I was telling you about? Well, they reset just before the final tournament. Yup, just like in Who’s Line Is It Anyway, the points don’t matter, kind of.

After the BMW, only the top 30 players move on to the final TOUR Championship. Before the final event, all the points are wiped out and “reset.” The No. 1 player in the standings begins the TOUR Championship with 2,500 points, the No. 2 player has 2,250 points and so on, down to the No. 30 player, who is given 210 points.

Why? Well, the reason is equality. By resetting the points, any of the top 30 golfers has the mathematical chance to win the FedEx Cup. The top players still have the most points and the best chance, but in theory, it’s anybody’s game.

The points are reset because of Vijay Singh. In 2008, prior to the installment of a points reset, Singh won two of the first three events. That meant that he had so many points that there was no mathematical way for anyone else to win. All Singh needed to do was show up, and he would win. The last thing we all want to see is a lame duck Tour Championship, so the reset rule was instituted.

And here’s another hiccup. There’s been a change in the system for the first time in 6 years. Rob Bolton of PGATOUR.com explains:

“For the first time since 2009, the points distribution has been revised. During the first three legs, 20 percent fewer points will be awarded. Instead of spoiling the winners with 2,500 FedExCup points, they will received 2,000. All other allocations would be diminished correspondingly. The revised points system is still four times that of all regular TOUR events, but the fractional loss in volatility at the conclusion of The Barclays, Deutsche Bank Championship and BMW Championship is intended to boost the value of season-long success.”

Want a trip down memory lane? Check out PGA.com’s Look Back At The 2014 FedEx Cup Playoffs.

The Barclays Tournament started this Thursday, and here are the points standings going into it: 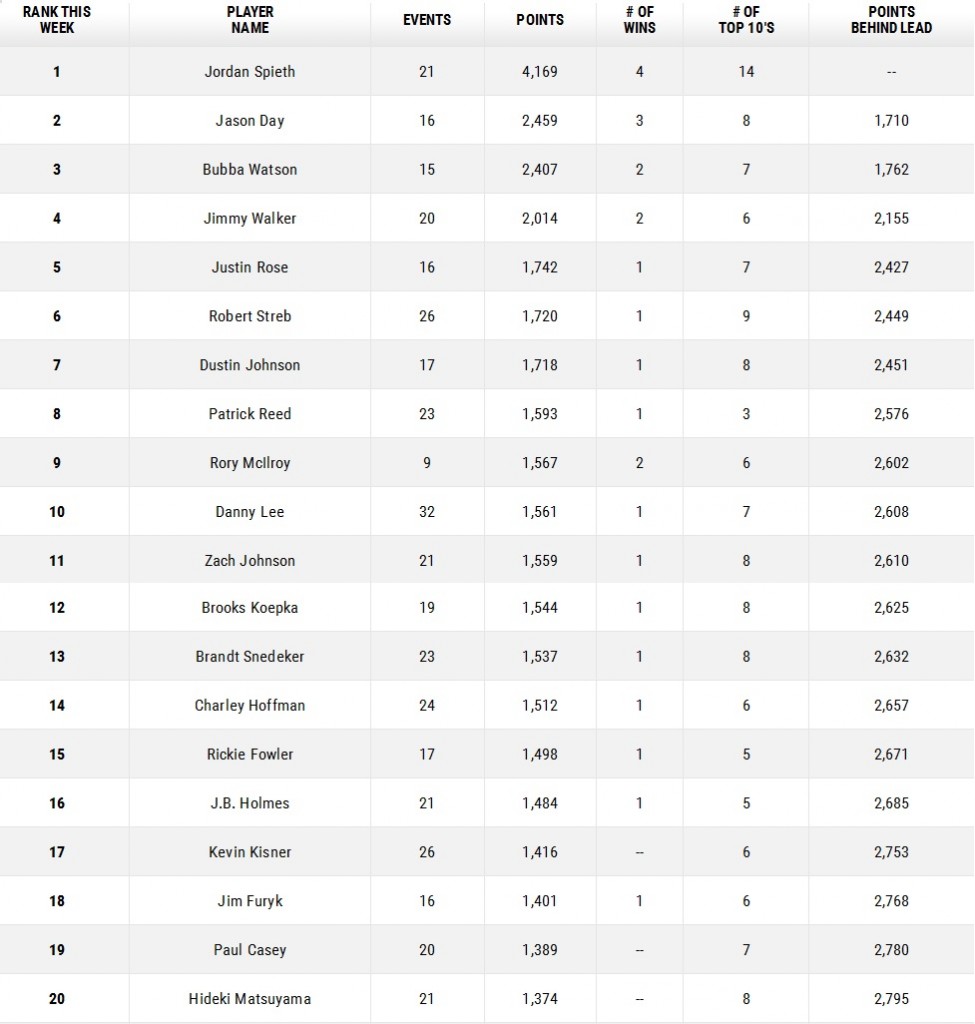 Who do you think will win the FedEx Cup Rock Heads? Let me know in the comments below!

How To Pick Your Perfect Golf Shoe!