The Ryder Cup provides us golf fans with some great memories. From crazy outfits to crazy finishes, this tournament is always something to look forward to. In recent decades, the Ryder Cup rivalry has spurred some great storylines, and it looks like 2014 will not be any different.

Rickie Fowler has already made headlines with his Team USA-inspired haircut. Although the Brits have responded to his shaved head by calling it “thuggish”, I appreciate the patriotism!

Since 1979, the format of the Ryder Cup has been as follows: four balls and foursomes are played on Day 1, and the order of the two are picked by the captain of the home team. Day 2 is the same as Day 1, and Day 3 is 12 singles. The format provides drama for the entirety of the tournament allowing for super-impossible comebacks and down-to-the-wire shots.

Ten years before the format was changed, in 1969, the teams were tied at the final hole. Then-rookie, Jack Nicklaus, needed to make a 4-foot putt to force his opponent, Tony Jacklin, to make his own putt or the Americans would win. Instead of taking the shot, Nicklaus conceded the hole! The Concession, as it is now known, was a mark of pure sportsmanship and resulted in the first tie in Ryder Cup history.

Perhaps the most dramatic finish, not only because of the golf, but because the sky was eerily dark and lightning was approaching quickly, occurred in 1983. A win seemed impossible and a loss would have been the first on American soil. Team USA’s Lanny Wadkins would have to come from behind and was still down a point on the final hole when he narrowly missed a hole-in-one drive on a par-5. He drained the putt and his shot helped the Americans win the narrowest victory to date, 14.5 to 13.5.

Four years later, in 1987, American, Ben Crenshaw, broke his putter out of frustration and had to use his 1-iron or sand wedge to putt the remainder of the tournament. His loss on the final hole to Eamonn Darcy ensured the first European victory on American soil in Ryder Cup history.

The 1990s saw Ryder Cup rivalries at an all-time high. In 1991, German Bernhard Langer became the poster boy for Ryder Cup defeat when he missed a 6-foot putt for par on the final hole. A photo of him looking up into the sky has become an “iconic Ryder Cup image.” Then in 1999, the Americans, coming off two losses in ‘95 and ‘97, once again underdogs, staged one of the great comebacks in sports… period. Justin Leonard won five of the final seven holes, and eventually, his birdie putt on the 17th hole clinched the victory for Team USA. To this day the 1999 US Ryder Cup team is one of the most celebrated in history.

An emotional Ryder Cup in 2006 saw Darren Clarke become a fan-favorite when, just months after his wife passed away from cancer, he went undefeated in three matches to secure a victory for Team Europe. His emotional outburst after the win made more headlines than the victory itself.

Team Europe has won seven of the previous 10 Ryder Cups, but in 2012, Team USA was leading big into the Day 3, but fell apart when it mattered the most. At the beginning of the final day, Team USA led 10-6 needing just 4.5 points to win while their opponent need 8.5 points to win outright. Now called one of the Greatest Comebacks in Ryder Cup History, Martin Kaymer defeated Steve Stricker on the 18th hole to pull the Europeans ahead 14-13 and on the same hole, Tiger Woods fell to Francesco Molinari to secure the win for Team Europe.

The Americans head into this weekend the underdogs once again. But we have seen it all when it comes to the Ryder Cup, and this year, Tiger-less Team USA will face the greatest player in the world, Rory McIlroy on his home turf. Seems to me a setup for another upset… what do you think? 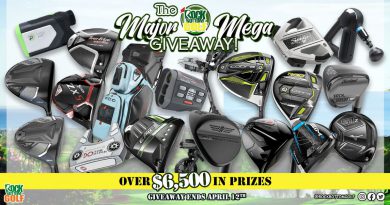 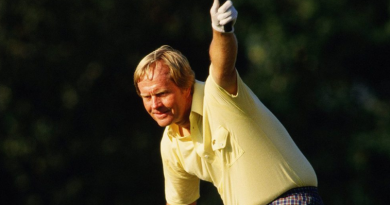