The tiff between Sergio Garcia and Tiger Woods continues. You may remember that Garcia claimed that Woods intentionally distracted him during a his second shot at the second hole Saturday when Woods pulled a club out of his bag causing a response from the crowd. Garcia shot wide right. Woods said that a marshal told him that Garcia had already hit. Replays have since shown that the crowd made noise when Garcia was over his ball, but not in his backswing. Ron Sirak breaks it all down over at Golf Digest.

On Monday, two marshals, John North and Gary Anderson, told Sports Illustrated that Woods didn’t ask about Garcia’s status and they didn’t tell him anything.

“One of them, Gary Anderson, said on Sunday, ‘He didn’t ask us nothing, and we didn’t say nothing. We’re told not to talk to the players.'”

Anderson’s boss, John North, was the chief marshal for the first three holes. He stood over Woods’s ball to protect it from the throng and was five feet away when Woods played his shot.

‘Nothing was said to us and we certainly said nothing to him,’ North said. ‘I was disappointed to hear him make those remarks. We’re there to help the players and enhance the experience of the fans. He was saying what was good for him. It lacked character.’”

But hold your horses folks, the saga continues! Today, two other marshals, Brian Nedrich and Lance Paczkowski who say they were within 10 to 12 yards of Woods, came forward to contradict what the others said in the SI piece two days before.

“’It is not true and definitely unfair to Tiger,’” said Nedrich, who was a marshal at the second hole. ‘That’s because I was the one Tiger heard say that Sergio had hit.’

Paczkowski, who walked with Woods all 18 holes with a team of escorts, said he even asked Woods if he needed any more fans moved.

‘He said, “No … I’m good,”’ Paczkowski said. ‘We talk to players all the time, if we need to in regards to their needs and crowd control.’

The claim that Woods didn’t ask marshals whether Garcia had hit or not also is misleading because Woods never said he asked for help — only that he was told Garcia had hit.”

Woods is also involved in a controversy about whether his ball drop on the 14th on Sunday was correct. Jay Busbee breaks it down here. Woods took his eye off the ball by the time it made the purported late hook, so he could not say with certainty about where the ball crossed the hazard. So he asked his playing partner Casey Wittenberg and NBC commentator Mark Rolfing.

As quoted in an unbylined AP notes story:

“”He asked me exactly where it crossed,” Wittenberg said. “I told him I thought it crossed on the corner of the bunker, right where he took his drop. And it’s all good.”

The PGA Tour’s Mark Russell, as quoted by Bob Harig:

“They both saw it,” Russell said of Woods and Wittenberg. “They’re back there with a television commentator [NBC’s Mark Rolfing], who basically agreed with them. He said he hit a high hook. The problem is on television, that area looked the same, and they thought he dropped up there where it splashed. He dropped it 60 yards back of that. The players had the view of it.”

Now viewers have gone all CSI to determine if the ball drop was correct. The best effort has to go to Cork Gaines at Business Insider. He breaks down the angle of splash and how it doesn’t match the hard hook angle that would be necessary for the drop spot to have worked.

What the shot would have had to look like

Let me know what you think about these developments Rockheads! Post below in the comments! 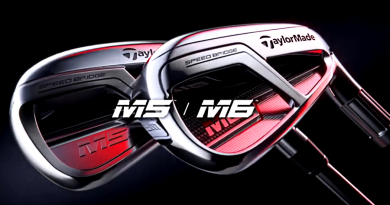 Staying Fit On A Budget With Scratch 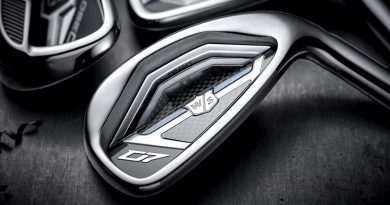