Charles Barkley’s swing might have caused a few chuckles, but The Golf Channel is hoping you laugh out loud with swing coach Hank Haney’s next pupil: comedian Ray Romano, best known from his long-running CBS sitcom “Everybody Loves Raymond”.

The first season of “The Haney Project” with former NBA player Charles Barkley was the second-highest rated program in the network’s history. Only “The Big Break,” about competing for a spot on the professional tour, did better. The Golf Channel started in 1995.

Barkley’s appeal was his hideously bad swing. Funnyman Romano, who’s “obsessed” with golf and wants to get better, will add entertainment value to the show, said Tom Stathakes, the network’s programming chief.

The Romano project is expected to air in March.

I liked the couple episodes I saw of Barkley, but I’m not sure if a few wisecracks from Ray are enough to keep me tuned in to this one. What’s your take – will you watch this show?

In the meantime, here’s Charles Barkley showing us what NOT to do:

Tee It Up Preview-Valspar Championship 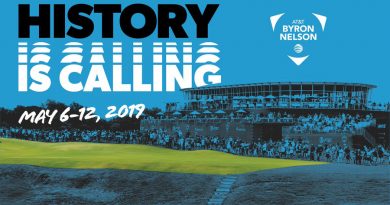