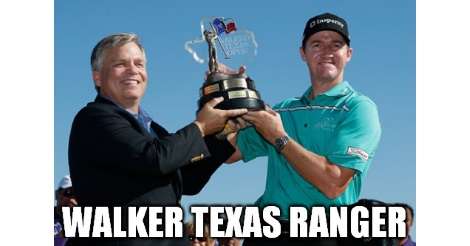 1. Jimmy Walker wins in his hometown at Texas Open. His win makes him the first repeat winner this season on the PGA Tour — his first win came in January when he won the Sony Open in Hawaii by nine shots. Fellow Texan, Jordan Spieth, finished second by four strokes. Spieth’s finish pushed him up to fourth in the world rankings, while Walker moved from 13th to 10th. 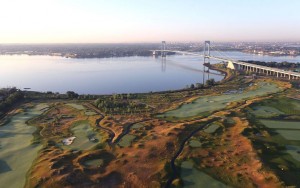 2. Donald Trump’s long awaited golf course opens in NYC on April 1. New York golfers have long wondered if the fabled golf course would ever become a reality. According to the New York Post, Trump Golf Links of Ferry Point will be open for business this week. “There’s never been anything like this ever built in the history of golf,” Trump said in an interview with The Post. “You have a world championship course that fronts the East River that has among the most magnificent views of the city.” Local businessmen and women will rejoice at this — Midtown Manhattan is just eight miles from the first tee. Perhaps close enough for a midday golf break?

The road to success is always under construction. — Arnold Palmer

3. Tiger is skipping Houston, the final event before the Masters. It was assumed he wouldn’t play since it hadn’t been a tournament Woods had played in the past, but his decision was made official this week. That means, if Tiger plays at The Masters in a few weeks, he will do so with just two events under his belt this season. Woods now ranks 96th in the world, and after having to miss The Masters for the first time last year due to injury, chances for his return for this year’s Masters looks slimmer and slimmer with every passing day. Woods has been making headlines recently (like this one about creating a scholarship, and this one about rebuilding a course in China), but he hasn’t tweeted since mid-March. Golf.com put together a list of nine reasons why The Masters need Tiger Woods. 4. Cristie Kerr wins first LPGA title since 2013. Kerr pulled away from previous leader Mirim Lee on the back nine after sinking four straight birdies. She finished at 7-under 65 to claim the Kia Classic title. World No. 1, Lydia Ko was tied for first at the 14th hole, but failed to make a birdie the rest of the way. 5. Aaron Baddeley holed out from 336 yards on a par-4 on Thursday… but due to a re-teeing penalty, his shot didn’t count as a hole-in-one. There has only been one recorded hole-in-one on a par-4 in Tour history. With the one shot penalty, Baddeley’s hole-in-one did still count as a birdie, and it counted in the history books. The shot is the longest hole-out for birdie and the longest hole-out of any kind since the Shortlink Era began in 2003.

Aaron Baddeley took an unplayable on his tee shot at the 336-yard 17th. He went back to the tee and holed it. pic.twitter.com/TB7UOuKFxs 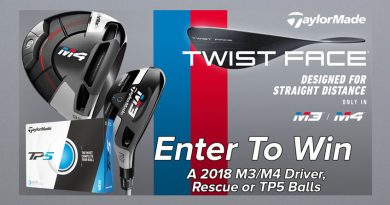 A Closer Look At The New Taylor Made R1 Driver!