Augusta National may have Amen Corner, but that pales in comparison to Pebble Beach’s “Cliffs Of Doom.” The holes, 8, 9 and 10 have been called the best “3 par 4’s in a row in the world” by both Tom Watson and his father Ray.

These holes are as difficult as they are breathtaking. Here’s the breakdown:

No 8: Par 4, 428 yards. The whole Immediately shows golfers signs that read “Danger Steep Cliff”, and includes a long approach shot over a cliff and water.

But that may all change, this year the Fairway has been moved 20 yards to the right, towards the cliff edge which increase the chances for poorly aimed shots to go into the ocean.

No 9: Par 4, 505 yards. Not only does this hole also hug the cliff, but the fairway slopes from left to right all the way to the green.

Has anything Changed on this hole? Definitely, They extended the tee back 59 yards, the fairway was also widened and pushed closer to the cliffs.

No 10: Par 4, 495 yards; The elevated tee at this hole puts golfers at the mercy of the wind, making the drive the most important and difficult shot.

They changed this one too? This one has also been extended by 50 yards, the fairway widened and moved closer to the cliffs edge.

Do you think the changes are going to present any new problems for our golfers?

Bonus: Tom Watson’s Famous Chip in on his way to victory at the 1982 US Open! 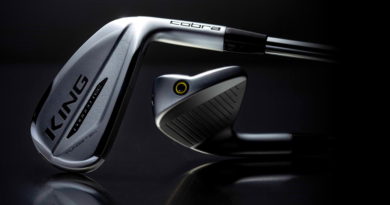