Duke claims the Title as the NCAA basketball season comes to an end. Personally, I didn’t do so well with my bracket, but a few of my RockHeads did! Congrats to Eagle144101 for winning my bracket challenge and choosin’ em the best! Carltonmj1 took 2nd and jlued001 1 grabbed the consolation prize for worst bracket, congrats!

Last week marked the 11th week of Caveman Golf Trivia and ended the month of March. Thank you all for playing! For those Rock Heads who are scorin’ at home, here are all the questions and their answers:

Amongst all golfers with 25 or more rounds played in The Masters, who holds the record for best career scoring average?
Answer: Tiger Woods

At the age of 54, which golfer shot a 66 for the lowest round by a senior in The Masters?
Answer: Ben Hogan

Which 2 golfers hold the record for most consecutive birdies(7) during The Masters?
Answer: Steve Pate and Tiger Woods

Name 2 of 3 golfers who are tired for record number of runner up finishes (4) at The Masters?
Answer: Ben Hogan, Jack Nicklaus and Tom Weiskopf

Which golfer holds the 72 hold record for ages 50+ at The Masters?
Answer: Jack Nicklaus

Who was the fist 2-time winner of The Masters?
Answer: Horton Smith

Who, at age 49, was the oldest player to finish second in a Masters?
Answer: Raymond Floyd

Who was the first 3-time winner of The Masters?
Answer: Jimmy Demaret

Which 2 golfers share the course record of 63 at Augusta National?
Answer: Nick Price and Greg Norman

How many golfers have won back to back Masters?
Answer: 3, Jack Nicklaus, Nick Faldo, Tiger Woods

Which Golfer Holds the record for the lowest round at The Masters by an amateur(66)?
Answer: Ken Venturi

Arnold Palmer set the record for Masters appearances with 50 in 2004. Who beat it in 2008?
Answer: Gary Player

Who won the first Masters Par-3 Tournament, which was held in 1960?
Answer: Sam Snead

Who was the first international golfer to win The Masters?
Answer: Gary player

What is the name of the cabin on the grounds of Augusta National that is used as the television studion during the broadcast?
Answer: Butler Cabin

In 1968, what did Robert De Vicenzo do to force himself out of The Masters playoff, allowing Bob Goalby to win?
Answer: Signed an incorrect score card

What year did the first sudden-death playoff take place at The Masters?
Answer: 1979

How many golfers have won The Masters at their first appearance?
Answer: 3

Who are the 3 golfers who have won the Masters on their first go?
Answer: Fuzzy Zoeller, Gene Serazen and Horton Smith

Before Tiger won The Masters at age 21, which golfer held the record for youngest winner at age 23?
Answer: Seve Ballesteros

Nick Faldo won his first Masters in 1989 in a playoff after which opponent missed a 2-foot par putt on the first extra hole?

Congrats to Doug_stanley(twitter) and Rodney Koehler(Facebook) for winning the trivia contests this week. Remember you get 5 points for having the first correct answer, but can also gain points just by having the correct answer! Weekly winners receive $10 gift certificates to RockBottomGolf.com.

Do You Want To Stop Slicing? 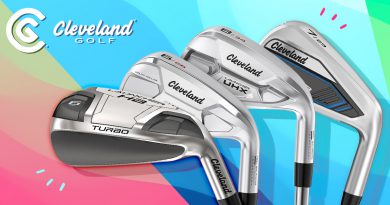