Sportswriter Rick Reilly took some digs at Tiger Woods and his temper tantrums this week with a posting on ESPN.com (read the article here).

If there were no six-second delay, Tiger Woods would be the reason to invent it. Woods has been this way for years: swearing like a Hooters’ bouncer, trying to bury the bottom of his driver into the tee box, flipping his club end over end the second he realizes his shot is way offline. Only one great player ever threw clubs as a pro — Bobby Jones — and he stopped in his 20s when he realized how spoiled he looked.

Look, in every other case, I think Tiger Woods has been an A-plus role model. Never gets so much as a parking ticket. But this punk act on the golf course has got to stop. If it were my son, I’d tell him the same thing: “Either behave or get off the course.”

So what do YOU think? If you were the PGA Tour commissioner, what would you say to Tiger? 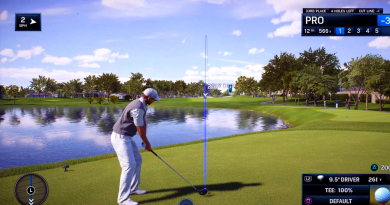 33 thoughts on “Does Tiger Need To Tone It Down?”