This weekend in Palm Beach Gardens, Florida, Rory McIlroy became the reigning champion of the golfing world when he won the Honda Classic.

As his performance on the course this past weekend demonstrated, McIlroy is a player not easily rattled. He played an incredible game, sinking a 10-foot putt for his first birdie of the day, and not paying any mind to the scoreboard. It wasn’t until he reached the 13th green that his concentration faced its first test – Tiger Woods made an eagle on the 18th green.

“I wasn’t really paying much attention until he made that eagle on 18,” McIlroy said. “I heard the huge roar. And it definitely wasn’t a birdie roar. That’s when I knew that he probably got to 10.” The eagle put Woods at 10-under par, courtesy of a 62, his lowest score ever in a final round in his 15 years on tour.

With Woods nipping on his heels and water in play on every shot over the last four holes, McIlroy faced the most daunting stretch of golf at PGA National.

Those next few holes proved McIlroy as a player worthy of the No. 1 title.

On the 13th, McIlroy restored the two-shot cushion between him and Woods by making an 8-foot birdie putt. On the 15th and 17th hole, he managed to splash out of the bunker toward the water and spectacularly saved par on both occasions.

At the end, the 22-year-old from Northern Ireland played it safe by making par on the last hole for a 1-under 69. This made him not only the 16th player to be No. 1 in the world, but also the second-youngest player to make it to No. 1 (second only to Woods who reached the coveted position when he was 21 back in 1997).

This victory marks his fifth career win, three of which were on the PGA Tour including his record-setting performance last year at the Congressional to win the U.S. Open, and a 62 in the final round to win at Quail Hollow.

“It was always a dream of mine to become the world No. 1 and the best player in the world or whatever you want to call it,” McIlroy said. “But I didn’t know what I would be able to get here this quickly. …Hopefully, I can hold onto it for a little longer.”

Even though Woods may not have been the top dog at the weekend’s game, his performance (particularly amid the recent buzz of the upcoming tell-all) proves that he is not to be counted out of the game just yet. He managed two eagles in the final round and scored nearly nine shots better than the average on Sunday.

“It feels good, because I felt like I was close,” Woods said of his performance. “I’ve been close to shooting this score, or scores just like this. And it was just a matter of time before things all fell into place.”

Tom Gillis managed to scrape a birdie on his last hole to tie Woods for second place with 69. Westwood was alone in fourth.

While McIlroy may be worried about how long he can hold on to his newly earned title, many experts feel that this new star has a lot of staying power. “There’s very few players as good as him at his age out there winning tournaments,” three-time major champion Padraig Harrington said. “There are guys with potential, but he’s already delivered. And he has a good balance in his life. He doesn’t look like a guy who is going to burn out. He looks like he’s going to be here for a while.” 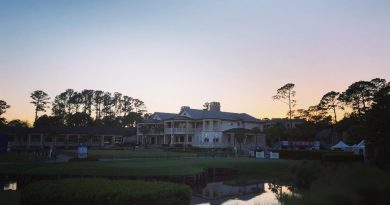