The best golfers in the world gathered at Royal Troon Golf Course in Scotland this weekend:

The weekend at The Open awaits…

But two world-class golfers stood above the rest:

Lefty’s 17-under would have won the previous three Opens:

"It's probably the best I've played and not won."

But Henrik Stenson was just too good:

Phil wanted to get a piece of that Claret Jug, too:

At least he’s a good sport:

Congratulations to Henrik, it was a pleasure competing against him these past four days. Truly a great competitor and an even better guy. Until next time, friend.

And he received some props from another world-class golfer on his bogey-free round:

I watched some of Phil’s round today and every time I turned around, he holed a putt. To play Royal Troon with no bogeys is a great round of golf. Well done, Phil! I almost hate to remind myself of this, but I missed a putt of just a couple feet at Baltusrol in 1980 to miss out on 62. In your case, Phil, you made a beautiful read and putt on that last hole, but got absolutely stone-cold robbed. #philmickelson #britishopen #theopen #openchampionship

As always, the scenery was to die for:

Phil Mickelson during third round of The Open at Royal Troon, Scotland. Photo by Kohjiro Kinno @kohjiro_kinno @theopen #theopen

A major to remember. Thank you for making #TheOpen a memorable week.

Elsewhere at Royal Troon, “Beef” Johnston met legend Butch Harmon while wearing a sweater with a narwhal on it:

Got to meet this guy this afternoon. Wat a guy

Meanwhile, Rory McIlroy gave us a tour of the Nike Golf Tour Van:

And although John Daly missed the cut, his pineapple pants were the talk of Twitter:

Lydia Ko won at the LPGA’s Marathon Classic, but took some time to congratulate Stenson:

Congratulations @henrikstenson on winning The Open 🏆 What an AWESOME week and an even more exciting, SPECTACULAR Sunday 🙌 🙌 #TeamCallaway

And now we look forward to next week, when the tour heads to Canada: 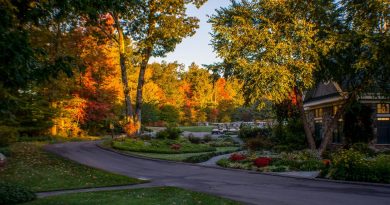