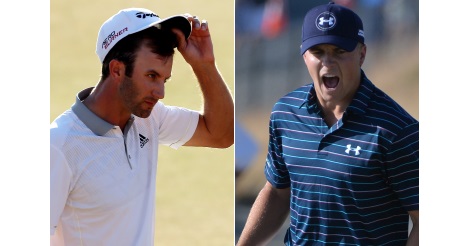 1. Jordan Spieth becomes just the sixth golfer ever to win the Masters and US Open in the same year. Spieth is also now the youngest to win the US Open since 1923 and the youngest to win a second major since 1922. Just like his win at Augusta, this one came in dramatic fashion. Spieth birdied the 18th hole with Dustin Johnson just one shot back and on the fairway. Johnson missed his putt for eagle, then the putt for birdie, making par and handing the title to Spieth.

2. Jason Day collapses at US Open. The Aussie golfer collapsed on the 9th hole during the second round of the tournament Friday. He was diagnosed with vertigo and was treated by several local physicians. He mentioned prior to the tournament that he had been undergoing sleep studies for health issues. The scene was pretty scary, but Day continued to play. After Saturday, Day was tied for first place heading into the final round. He said he was feeling nauseous, but after withdrawing from a tournament last year due to vertigo the goal was to just get through the day. Day finished the tournament tied for ninth.

3. Notable names miss the US Open cut. Tiger Woods continues to play terribly, finishing 16-over in just 36 holes at Chambers Bay. This would be his worst 36-hole score in any major championship. Rickie Fowler shot 11-over-81 in the first round, and couldn’t make up for it on Friday to make the cut. Bubba Watson had a decent first round but bogeyed five of the six holes on the back nine on Friday which sent him home. You can find the final leaderboard here.

4. The course at Chambers Bay still a storyline even after a champion is crowned. Players didn’t hold back. One suggested the course looked like broccoli, others had an issue with the lack of trees. Even spectators were complaining that it was hard to navigate and full of dead ends. Golfers were commenting on their lack of respect for the USGA and frustration with this year’s tournament even after they had finished on Sunday. Even Gary Player had something to say:

"The worst golf course I might've ever seen in my 63 years as a pro golfer." — Gary Player on Chambers Bay. WATCH: http://t.co/FqcDuGJtKF 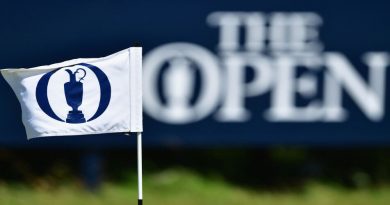