The holidays mean family and presents, but for many it also means STRESS! Well, Scratch can’t plan that last minute party for you, but I can bring you a few laughs. Enjoy these jokes and have a great holiday!

This past week Bubba Watson delivered unto the internet his newest music video – Bubbaclaus! It’s ummm – funny and a bit weird, but isn’t that how you’d describe Bubba Watson? Check it out below!

After the debut of the video, Bubba asked his Twitter followers for their best X-mas themed jokes. The results were hilarious, sometimes hilariously bad, but still hilarious. The best of the best are below:

@stevesloboda: What do u call a birdie putt on Christmas? A partridge on a par 3!
@pgreissing: what is green, white and red all over? A sun-burnt Bubbaclaus on Sunday at Augusta.
@craigarnzen: What do you call people who are afraid of Santa? CLAUStrophobic!
@andrewdahlheim: how much did santa’s sleigh cost? Nothing, it was on the house.
@1cheflee: why don’t you have Santa cook for you?? Because you don’t want Claus contamination!
@blindgolfer02: Who delivers presents to baby sharks on Christmas? Santa Jaws.
@Hurricane_John: Why was Santa’s little helper depressed? Because he had low ELF esteem.
@deakbrown: what do you call an elf that sings? A wrapper!

Get Dad The Perfect Golfin’ Gift This Father’s Day! 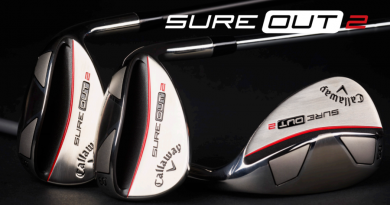