It’s almost here! This Thursday will mark the start of the final major of the year, the PGA Championship! The tournament this year will be played at the Valhalla Golf Course in Louisville, Kentucky. You might remember it from the 2008 Ryder Cup or the 2000 PGA Championship. However, the players will find the course to be different from those two events. The 18 greens have all been recently rebuilt with a state-of-the-art irrigation system. All the bunkers have also be altered or cleaned up. Before we watch to see who will take home the Wanamaker Trophy, let’s take a look at the Valhalla Course with breakdown from the PGA! Plus click the link on each hole to watch a flyover video!

This slight dogleg left is a deceptive par 4. From the tee, the hole may appear tame, but the approach shot will be dramatically different from what players experienced in the 2000 PGA Championship because of the addition of two greenside bunkers – one front right and one back left. The front-right bunker is a visually intimidating sight for approach shots to front-left or back-right hole locations. The left bunker is positioned to gobble up errant shots aimed at the back portion of the green.

A slight dogleg left, this par 4 challenges the players from the tee with a finger of Floyd’s Fork, a waterway that meanders through the front nine and borders the left side of the fairway. The green is well protected by three bunkers as well as Floyd’s Fork, which can attract any ball heading left of the green.

This is a challenging par 3 with Floyd’s Fork sweeping around to the right of the green, which is guarded by a large bunker to the right and smaller bunkers to the left and behind. The real danger at this hole is misreading the wind, which can push a shot to the right, where the ball can careen off the slope and into the hazard.

The tee shot at this slight dogleg left is challenging because players must pick the correct line to play. There is a deep bunker protecting the entire left side of the fairway, with another smaller fairway bunker on the right. The aggressive play is to take the tee shot over the left bunker, however such a shot can cause a drive to end up in heavy rough. Although a relatively short par 4 by today’s standards, this hole will still be a test for all players, as the green features significant movement and contours. Distance control is the key for approach shots to this green.

This is a challenging par 4 with a large fairway bunker on the right side that complements the three bunkers that line the left side of the landing area. Players will take caution to keep the ball in the fairway on this dogleg right. The green has a bunker positioned to grab errant shots to the right or short, and there is a closely mown collection area left of the green. This green allows for a back-right hole location, which is one of the most challenging on the course.

This is one of Valhalla’s most difficult holes, demanding an accurate tee shot. For some players, this may require less than a driver from the tee as the aim is to get as close to Floyd’s Fork as the player dares. From here, players still face an approach shot of at least 200 yards to a challenging green complex with plenty of trouble. A deep bunker guards the left side of the green and a closely mown collection area will grab shots to the right. This will be a difficult par.

The seventh offers a definite risk-vs.-reward approach. There’s a split fairway here. The shorter route, to the left, shortens the hole by more than 50 yards. However, the landing area is only 26 yards wide and the entire fairway is surrounded by bluegrass rough and a water hazard. The approach from this island fairway will be a carry of 210-230 yards, all over water. The fairway to the right is the longer, but safer route. With the water hazard skirting the front and the entire left edge of the green, it’s a brave player who attacks the green from any angle.

The eighth will require only a short- to middle-iron shot, but the green complex is extremely challenging, with the front protected by a deep bunker and a severe, closely mown collection area. There also is a bunker to the left and another closely mown collection area to the rear of the green. The green itself allows for multiple hole locations that will test the very best players.

The tee shot at this uphill par 4 is challenged by three fairway bunkers bordering the right side of the fairway and two more to the left. The uphill approach to this green makes judging the yardage difficult, while the presence of one of the largest and deepest bunkers on the course looming just right of the green, does not ease the pain of missed shots.

The 10th is a double-dogleg par 5 with a fairway bunker on the right side of the driving zone and deep rough and trees to the left. The undulating, two-tiered green is protected by a large, deep bunker guarding the front. Distance control on the approach is a must, as shots missing long will make par extremely difficult and shots coming up short will find the front bunker.

This par 3 will require a middle- to long-iron shot. The shallow green features a slight false front with one bunker bordering the front of the green and one bunker behind the green. Accuracy will be a must, as shots carrying too far to the left will bound down the hillside, making par a difficult task.

This par 4 has been an extremely challenging hole in every spectator event at Valhalla. The difficult driving area leaves players with an approach shot of 170-190 yards to an elevated green. The green is punishing to errant shots, with one of the deepest bunkers on the course to the right and gnarly bluegrass rough to the left.

The shortest par 4 at Valhalla, No. 13 has seen its fair share of excitement over the years. A series of six bunkers on the left of the driving zone must be avoided. The “island” green is one the most spectacular on the course, built up nearly 20 feet on large boulders. Since the green is almost completely surrounded by water, accuracy with controlled spin is a must for this hole.

The longest par 3 at Valhalla, this hole features a two-tiered green with two bunkers in front and two behind. Shots played from either of the two rear bunkers will make for a challenging up-and-down, as the green slopes from back to front. This hole demands proper club selection.

This is one of the most scenic holes at Valhalla, with Brush Run Creek running down the right side. The landing area is framed by deep bluegrass rough to the left and a large bunker to the right. However, the real challenge is on the approach – the green, like the fairway, is skirted by Brush Run Creek, leaving little room for error to the right. The small bunker on the right protects a devilish front-hole position. The contour of the green allows for multiple, challenging hole locations.

This difficult par 4 is a slight dogleg to the right with Brush Run Creek guarding the entire right side. Any tee shot missing right will leave a player either a blocked shot to the green or having to deal with the creek. This has proven to be one of the most difficult holes at Valhalla because of the challenging green complex, which features two bunkers in front and a severe drop-off to a closely mown chipping area to the right.

The tee shot at this uphill par 4 must find the fairway, thus avoiding the bunkers on the left and right. The green is well protected by two bunkers to the left and a closely mown chipping area to the right and rear.

The 18th has proven to be a great finishing hole. This par 5 has a large fairway bunker to the left of the landing zone and a spectacular water feature on the right. Most players can reach this hole in two but must avoid the bunker guarding the front of the green as well as the smaller pot bunker on the left. 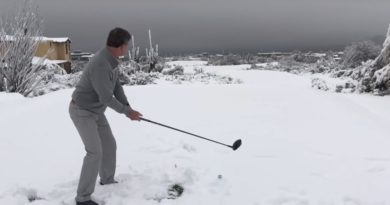 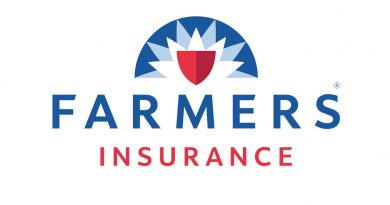