Though it’s one of the major, the PGA Championship generally isn’t as exciting as the three it follows. Maybe it’s the venue, or maybe its timing during the dog days of summer that makes the PGA Championship lack the drama of its compatriots. This year, everyone is focused on two questions: How long will Tiger’s back hold up and will Rory McIlroy win three in a row? Scratch’s guesses? Not very long and statistically unlikely.

The real question going into the PGA Championship is what how the outcome will affect the Ryder Cup standings. Currently some of the best-known players sit right on the line and this weekend could shake the list up. Here’s the current top 15 Ryder Cup standings and points through 8/4/14:

* = Currently would earn a slot on the team

Scratch’s Thoughts!
Tiger Woods
Let’s start with the obvious take-away: Tiger is not going to be part of the American team. Having been out most of the season, he currently sits at 69th on the points list. The only way for him to make the team is as one of Captain Tom Watson’s three Captain’s selections. However, Watson would be better off giving that slot to a player that did not have back surgery this year.

Phil Mickleson
Phil hasn’t really done anything this season to show that he’s likely to win the PGA Championship this weekend. Even though he hasn’t had a top-10 finish this season, it’s likely that unless he completely blows it, he’ll make it on the the Ryder Cup squad via a Captain’s selection. Watson’s young team could use some age and experience and of course having Phil on the team doesn’t hurt the ratings.

Jason Dufner
Minute before this blog was to be posted, we learned that Jason Dufner won’t be defending his title as PGA Championship winner. He has withdrawn from the tournament with neck/disk issue. He needed this weekend to secure his spot on the Ryder Cup team (he’s at number 8). Without a Captain’s selection, he may not make the team now

Keegan Bradley
You can’t count on getting that Captain’s pick. So, Bradley will need a solid performance to better his chances of making the U.S. Ryder Cup team (he’s 11th in the standings right now).

Lee Westwood
Westwood sits at 16th on the European list currently. At 41-years old, he’s also been considered a “Best Player Without A Major” for a LONG time(66 career majors without a win). It is possible that he could jump up the list with a good showing this weekend.

Miguel Angel Jimenez
“The Most Interesting Man In Golf” is just outside qualifying but has some solid performances to help his case. He took fourth at the Masters, though he missed cuts at the next two majors. But, come on, Rock Heads, wouldn’t you love to see Jimenez go head to head with Jim Furyk?

Ian Poulter
Poulter hasn’t been a force this year and would need a strong performance here to secure his sport on the World Ryder Cup team. He placed inside the top 20 at the Masters and U.S. Open, but missed the cut at the Open Championship. He goal this weekend should be to impress Captain Paul McGinley.

As always, let me know your thoughts in the comment section below Rock Heads! 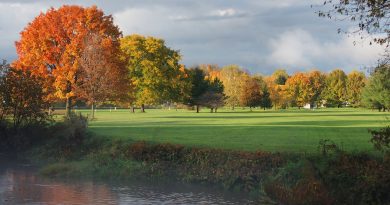