Those of you who took this caveman’s advice and watched the LPGA Championship this weekend, know that there was a great showing! For the second year in a row, a blowout winner took the title at Locust Hill Country club. Last year, Cristie Kerr, could have played the back nine with the hockey stick her husband used to use at the local community college, Suny Geneseo, and walked away with the title (would have been fun to see). This year top-ranked Yani Tseng took the ball and sprinted with it.

Tseng closed her final round with a 6-under 66, bringing her total to a 19-under 269, while her closest runner up, Morgan Pressel, was 10 strokes behind. That’s incredible by any standards. But even more incredible is that this is her fourth LPGA Major, and she is only 22 years old, making her the youngest 4 time Major winning LPGA member ever. Se Ri Pak and Tiger Woods were both 24 when they won their 4th Majors.

Even with the lack of competitive drama, its hard to deny the brilliance of Tseng’s performance. Had she not been there, however, the race for the cup would have a bit more nail biting, as Kerr, Suzann Petterson, and Paula Creamer all tied for third at 8 under, just one stroke behind Pressel.

Did you watch the LPGA Championship? Will you watch more events in the future?

Gettin’ Back in the Swing of Things After an Injury

Beat The Heat: What To Wear This Summer On The Course! 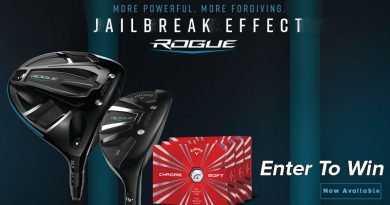