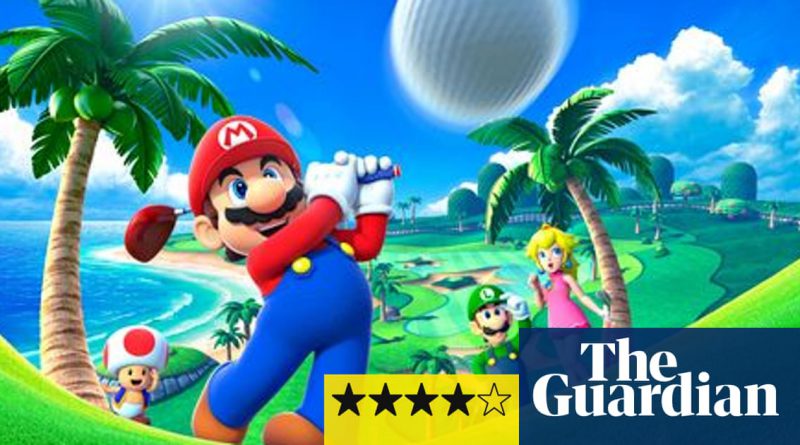 Hey, Rock Heads, if you’re like us you’re also excited for the next Mario Golf game! If so you’ve come to the right place as we’ve collected all the reviews, videos, and features of the game in one handy place! Let us know are you picking up this golf title? Leave a comment and if you enjoy our blog make sure to share with your friends!

For the first home console game in the series in nearly two decades, Mario Golf: Super Rush is a bit underwhelming, at least in terms of what it has to offer. Speed Golf and Battle Golf are both great ideas, but they aren’t fleshed out enough to feel like main modes. Golf Adventure is a great way to add depth to what basically amounts to an extended tutorial, but it too suffers from pacing problems. Thankfully, the bulk of the game-the actual golfing-feels better than ever by being both technically challenging and more accessible.

Whether you want to play 18 holes of traditional golf or blast your opponents into oblivion, Mario Golf: Super Rush is a fun package for both fans and non-fans of the real-life sport

Mario Golf: Super Rush is a fast-paced spin on the relaxing sport that oozes excitement.

Speed Golf is a fun addition, but a poor adventure mode, a slight selection of courses and low replayability results in Mario Golf: Super Rush being an underwhelming entry into the series

Mario Golf: Super Rush is a game that in many respects hits its marks. Golf Adventure has plenty of charm and offers a fun way to learn various mechanics and unlock courses. Away from that solo endeavour there are decent options and customisation for multiplayer games, local or online, button controls or motion-based swinging. It’s not a premium effort, however, with a nagging feeling of corners cut and at times an absence of creativity. However, many players should get a good amount of fun out of this one, both solo and with friends. This ain’t the Masters, but for Mario Golf fans it is a solid par.

Mario Golf: Super Rush is the best Mario sports game in over a decade

Super Rush is fun, but leaves a lot to be desired.

Mario’s latest sporting adventure doesn’t exactly have the greatest story mode, but its core gameplay and modes are excellent.

With its frantic new modes and spot-on gameplay, playing Mario Golf: Super Rush is the most amount of fun I’ve had with a sports game in a very long time. Throw in that iconic Nintendo charm and comprehensive multiplayer and you’re left with a hole-in-one.

Mario Golf: Super Rush is the plumber’s best sports outing in a good long time, featuring smartly-revamped core mechanics, beautiful, varied courses, clever new modes, and a single-player Adventure full of fun twists. The game may be a bit light on content (something Nintendo is promising to address with free updates), but aside from that, Mario’s form is close to flawless this time around.

Reflecting on my time with Mario Golf: Super Rush it’s hard not to draw comparisons with 2018’s Mario Tennis Aces. Just like that game, the story mode once again lacks punch leaving little (outside online) to keep lone players occupied. That being said, new modes Speed Golf and Battle Golf are fantastic additions and the mechanics at play continue the series trend of offering an accessible and highly satisfying golfing experience. Get some friends together and Mario Golf: Super Rush is a hole in one.

With speed taking precedence, Mario Golf: Super Rush is for players who want to experience the thrills of golf at quadruple the pace. However, traditional Mario Golf fans may feel snubbed here as there is little challenge outside standard golf and solo play, with character unlocks and incentives completely excluded. Perhaps with the promise of continuous updates due to its rather limited base game, Super Rush may feel less one-sided, though for now it values velocity over proficiency – the complete antithesis to real-life golf. Not quite an eagle, almost a birdie, but absolutely on par.

The innovation of players running around after their shots is fun but you may find yourself longing for a leisurely stroll over the course.

Swings in multiple different directions without ever making a convincing impact. While Mario Golf: Super Rush isn’t too rough in most places, it’s just not on par compared to other recent golf games.

Phil is the oldest Major winner ever! Take a peek in his bag! Also, check out the many other great Rock Bottom articles. Here’s a Spotlight on the ALL-NEW Cobra King Putters! Masters winner, Hideki Matsuyama, What’s in the bag! Check out what the Masters’ winner carries in their golf bag and see it on RockBottomGolf! The Callaway Golf Epic Speed Drivers ARE HERE and here’s our blog post about them! Introducing the ALL-NEW 2021 Titleist PRO v1 and PRO v1x golf balls! We have a spotlight on the new Titleist TSI Drivers! And next, there are so many many many more great golf articles to read! And so if you enjoy any of the content here make sure you share it with your friends! Enter our Callaway Epic Giveaway TODAY! Mario Golf: Super Rush Reviews 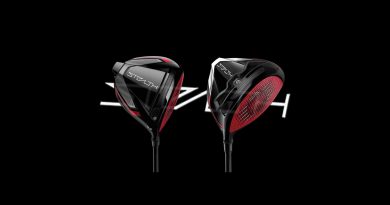