The LPGA Championship tees off this morning at the Locust Hill Country Club, just outside of my hometown of Rochester, NY. Not to mention the sponser just so happens to be my favorite Grocery Store Chain, Wegmans. Those alone are two great reasons for this caveman to watch, but may not be enough for everyone else. I know a few of you may be snickering right now, “Its the LPGA. Not nearly as exciting as Men’s PGA.” But surely that cannot be the case.


EspnW (yes, I am aware that the W stands for women, and will probably make some of the male Rock Heads brush it off) has listed a few great reasons to actually watch and pay attention to this Ladies Championship.

1. Hey, look at me! This is a major. It will have four days of live television coverage. The men’s tour is without Tiger and stuck in the dog days between last week’s U.S. Open and next month’s British.
That makes this a perfect time for women’s golf to make something happen. Obviously, it’s not as simple as writing a script, but if karma smiles on the LPGA this week, not only will there be a deserving winner, but she will be crowned in dramatic, attention-getting golf.

2. What will Yani do next? The women’s world No. 1 from Taiwan is 22 years old and already has won seven LPGA titles, including three majors.

No player in the history of women’s golf has started a career with such immediate success. In the U.S., however, her quiet personality continues to be overlooked despite her two wins already this season.
So? Just keep winning.

3. The Americans. The LPGA is a global tour, and almost half its schedule is played outside the U.S. Still, it’s American-based and must attract American interest.

To do that it must produce American stars, who have been lacking. Five of the past nine women’s majors have gone to non-Americans, although Arkansas Razorback Stacy Lewis won this year’s Kraft Nabisco and Cristie Kerr is the defending champ this week.

An opening remains for a dominant American to step up and be the face of U.S. women’s golf.

4. The history. You can tell a lot about a golf tournament by its list of past winners. The LPGA Championship began in 1955 and is the second-longest-running tournament in women’s golf, exceeded only by the U.S. Women’s Open. It has compiled a winners’ list that complements its place in the game.

Mickey Wright won the event four times between 1958 and 1963. Kathy Whitworth, Nancy Lopez, Patty Sheehan, Annika Sorenstam and Se Ri Pak are all three-time winners.
All of them are members of the Hall of Fame.

5. Locust Hill Country Club. There’s a reason golf courses are chosen to host major championships. Located about 6 miles southeast of downtown Rochester, N.Y., Locust Hill was founded in 1925 as a nine-hole course. In 1931 it reopened as an 18-hole facility, redesigned by architect Robert Trent Jones.

Locust Hill was the site of Lopez’s fifth consecutive LPGA tournament victory in 1978, still a record. Phil Mickelson set the course record in an exhibition match with Tiger Woods. Mickelson shot a 62, and Woods shot a 64. Mickelson won with a hole-out for eagle on the 18th, while Woods nearly missed a chip-in and tapped in for par, 2 strokes behind Mickelson.

1. Cristie Kerr: The defending champ is ranked No. 2 in the world. Her victory last year was a runaway, 12 shots better than runner-up Song-Hee Kim. It was the second major career title for Kerr, 33, but she has not won since.

Just the same, she arrives in New York with three consecutive second-place finishes and has four top-10s in eight events.

2. Yani Tseng: The LPGA could be seeing the arrival of its newest Nancy Lopez, Annika Sorenstam and Lorena Ochoa.

3. Paula Creamer: The Pink Panther will be closely watched because she’s extremely popular. But her golf is starting to demand attention again as she continues to move closer to top form after dealing with a hand injury last year. Although she did win the 2010 U.S. Women’s Open, she has yet to find her past consistency.

5. Brittany Lincicome: The LPGA’s longest driver arrives playing the most consistently good golf of her career. After winning the ShopRite LPGA Classic three weeks ago, she followed with a tie for third at State Farm before arriving at the LPGA.

Five who could surprise

1. Michelle Wie: Considering Wie is arguably the most well-known name in women’s golf, suggesting she is a mystery guest might seem to be a reach.
Just the same, for all the notoriety, Wie has two career wins since turning pro in 2005. With her senior year at Stanford still ahead, summer provides time for her to focus fully on golf, and she does have a knack for playing her best in majors.

2. Lexi Thompson: She turned professional a year ago at age 15 and petitioned the LPGA for “limited partnership” and additional sponsor’s exemptions. She was denied and must wait until she’s 18 for LPGA membership, but that does not diminish her talent.

At age 12, Thompson became the youngest player to qualify for the U.S. Women’s Open. This year, in her first tournament of the season, Thompson was tied with Song-Hee Kim for the third-round lead at the Avent Classic but shot a final-day 78 and finished 19th.

3. Morgan Pressel: When Pressel, 23, won the 2007 Kraft Nabisco at age 18, she became the youngest winner of a women’s major. Since then, she has added just a single LPGA tour title. But three top-10s in nine events this year suggest a coming move.

4. Cindy LaCrosse: The second-year pro will be making only her 12th LPGA start, but she has the quiet talent that could surprise at any time.

LaCrosse enjoyed a successful college career at Louisville, winning four times, including the Big East conference title and player of the year award, both in 2007. Her best finish this year is a tie for 11th at ShopRite.

5. Angela Stanford: A 10-year LPGA veteran with four career titles, the Texas Christian alumna is having a good season. With three top-10s, including a tie for third at the Kraft Nabisco, she’s 10th on the money list and 21st on tour in stroke average.

Its true, this weekend’s PGA Tour stop is the Travelers. Not too many big names are playing, so why not give the LPGA a shot. Watch it a bit, learn to like or love some of the players. Pick up on some of the drama.

Will you watch the LPGA Championship? 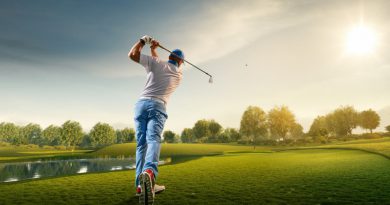 2 thoughts on “Why You Should Watch The LPGA Championship This Weekend (Seriously, Hear Me Out!)”