Here are the last weeks answers for My Golf Trivia:

Who was the PGA Tour’s first rookie of the year?
Robert Gamez in 1990

Which shot did Groucho Marx say was the toughest?
The Hole-in-One

Which golfer was just named top of the PGA Tour’s Money list for 2010?
Martin Kuchar

Who won the Vardon Trophy in 2010?
Matt Kuchar

Name a pair of brothers who have won the same tournament on the PGA Tour
Lanny and Bobby Wadkins; Lloyd and Ray Mangrum, Jay and Lionel Hebert!

Congrats to Marty Reed who scored the most trivia points last week on Facebook, and to Doug_stanley on Twitter. Mike Matosziuk got the High Score on My Golfin’ Game. All three will get $10 in Caveman Cash to the Cave! Congrats again guys!

How To Golf During A Hurricane 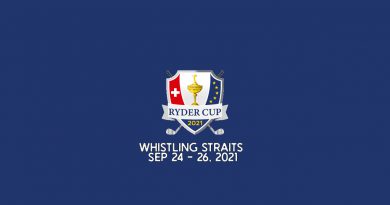