Poor Michael Thompson. Wins his first PGA Tour event at the Honda Classic and can’t get the lede in any wrap-ups. The big story this weekend was Rory McIlroy’s WD due to bad playing mental breakdown girlfriend trouble tooth pain. Sad that Thompson’s strong finish loses out to Rory’s lack there of. So, let’s give the ‘Bama grad his due and take a look at Sunday’s play.

Thompson started the day strong when used his expert short game to build a four-shot lead early. Even as Geoff Ogilvy rallied, Thompson hung on for a two-shot win over Ogilvy. Golf Digest reports he easily negotiated around the lake on the 18th hole when he “drilled a 5-wood into the bunker left of the green, setting up a simple sand shot and a birdie he didn’t even need”. He closed with a 1-under-69; his was only one of five rounds under par on Sunday.

This win brings Thompson to the next level. He’ll play his first World Golf Championship next week at Doral and qualifies for two more WGCs this year at Firestone and Shanghai. He’ll get to play in the PGA Championship and earns a two-year exemption on the PGA Tour. This is certainly a comeback compared to his 78-80 performance at Riviera.

Ogilvy finished alone in second, but he had some of the best shots of the weekend. The Honda Classic was a comeback for the former U.s. Open champ as well. Ogilvy had missed his past four cuts and fallen to no.79 in the world ranking. He didn’t start in the Match Play Championship and looked like he’d missed the WGC next week as well.

It’s his short game that saved him in the end. Ogilvy chipped in for birdie on the 16th and two-putted for birdie on the 18th for a 69. This moves him to no.47 and gets him into the WGC next week. More importantly, Ogilvy needs to stay in the top 50 by the end of the month in order to play at Augusta.

“I kind of penciled in a week off,” Ogilvy said. “So it’s nice, and it gets me back in the mix for the Masters.”

NBC probably didn’t get the high ratings due to the lack of stars, but it’s nice to see winners who aren’t divas. 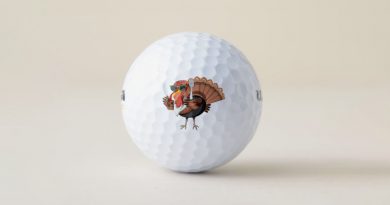 On The Range-AT&T Pebble Beach Pro-Am