First of all, here are the last weeks answers for My Golf Trivia:

Who was the first player to win the US Junior Amateur, U.S Amateur and U.S Open?
Tiger Woods

Which golfer holds the record for the youngest Major champion?
Tom Morris

How many inductees were added to the World Golf Hall of Fame in the first class?
13

What is the FedEx Cup’s Total bonus fund, and how much goes to the winner and the final qualifier?
$35 Million Total, $10 Million

For the first time since I began Trivia, I had a tie this week! And it was a 4-way tie between Joe Grezlik, Dan Millhein, Nick Guajardo, and Roy Haines So this caveman sent out a tie breaker question.

Two golfers beat Arnold Palmer in US Open Playoffs in consecutive years in the 60’s. Who were they?
Julius Boros and Jack Nicklaus

Congrats to Joe Grezlik for winning my sudden death trivia playoff on Facebook, and to KrCabs on Twitter. Mike Melillo got the High Score on My Golfin’ Game. All three will get $10 in Caveman Cash to the Cave! Congrats again guys! 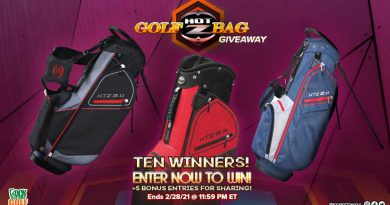