The fourth week of Caveman Golf Trivia has come to a close. Can you believe its already been a month?. Thank you all for playing! For those Rock Heads who are scorin’ at home, here are all the questions and their answers:

What was the first year admission was charged for the US Open?
ANSWER: 1922
Facebook: Adarsh Vakharia, Mike Matosziuk, Daniel Rocha, Michael Wilson 15
Twitter:

Who holds the record for most consecutive events on the PGA tour without missing a cut? and what is the record?
ANSWER: Tiger woods 142, 2nd, Byron Nelson with 113
Facebook: Mike Matosziuk(1st), Michael Wilson
Twitter: Doug_Stanley(1st), parkdesigns

When was the last time a golfer won the US Open on his First attempt?
ANSWER: 1913, Francis Ouimet
Facebook: Adarsh Vakharia (1st), Mike Matosziuk
Twitter: Doug_stanley(1st)

Who said this about whom? “They always used to say the wind stopped for Hogan. Now it stops for [him]”
ANSWER: Jack Nicklaus about Tiger Woods
Facebook:Adarsh Vakharia(1st), Mike Matosziuk
Twitter:

Congrats to Doug_Stanley (twitter) and Mike Matosziuk (Facebook) for winning the trivia contests this week with scores of 30 and 77, respectively. Remember you get 5 points for having the first correct answer, but can also gain points just by having the correct answer! Weekly winners receive $10 gift certificates to RockBottomGolf.com.

Also Mike Matosziuk took this weeks High score on my golfin’ game with a score of 8200! Since he won both the Trivia and the golfin’ game. I will give him an extra $5 for a total of $25. Congrats Mike! 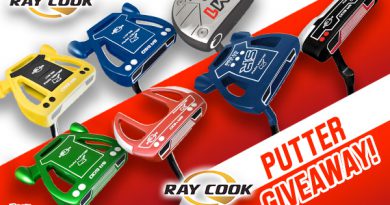 May 8, 2013 Administrator Comments Off on Top 5 Dream Golf Vacation Destinations