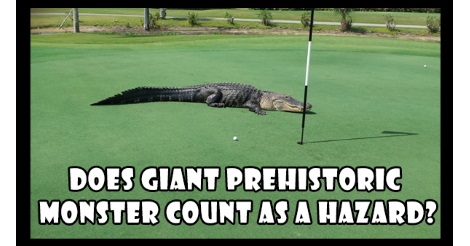 1. Jordan Spieth wins his second PGA Tour title in a playoff at the Valspar Championship. Spieth’s first PGA victory was conquered during a playoff as well. With six holes to play, Spieth made two birdies in a row to catch up with then-leader, Ryan Moore, whose game quickly went sour. Spieth earned the playoff victory against Sean O’Hair and Ryder Cup teammate Patrick Reed, who had previously beaten Spieth in a playoff last year. The twenty-one-year-old’s short game has long been lusted over and certainly was the reason for his victory on Sunday as Spieth made a 30-foot birdie on the third playoff hole to secure the win. He is now the No. 6 ranked golfer in the world.

2. Tiger Woods will not play the Arnold Palmer Invitational next week. Apparently the former No. 1 still needs practice, this coming a few weeks after his announcement that he is going to take time off from golf to better his craft. Tiger has won the Invitational eight times prior. There are just two other tournaments before The Masters, both of which Tiger has rarely played. “I hope to be ready for the Masters, and I will continue to work hard preparing for Augusta,” Tiger wrote on his website on Friday, adding, “I’ve put in a lot of time and work on my game and I’m making strides, but like I’ve said, I won’t return to the PGA Tour until my game is tournament ready and I can compete at the highest level.”

3. So Yeon Ryu wins her first World Ladies Title. She beat overnight leader and defending champion, Inbee Park by just one shot. Ryu is the 2011 US Open Champion. She made par on the final hole to take the win.

4. Gator causes chaos at Myakka Pines Golf Club in Englewood, FL then goes viral on social media. The course posted a picture of the reptile on it’s Facebook page. The club manager says the gator measured about 13 to 14 feet long and is still out on the course somewhere.

5. Derek Jeter takes over as host at Celebrity Golf Invitational at Aria, formerly hosted by Michael Jordan. This year’s event benefits Jeter’s Turn 2 Foundation which focuses on providing opportunities to turn away from drugs and get “Turn 2″ a healthy lifestyle. This year’s winner was Brittany Lincicome, a golfer on the LPGA Tour. She won $5,000 for First Tee of St. Petersburg.

Played golf with @bubbawatson today! #TheFreak Hell of a day! Thanks for everything! Great time! See you tomorrow night!! #FreakishAthlete