Past, present, and what to expect in the future 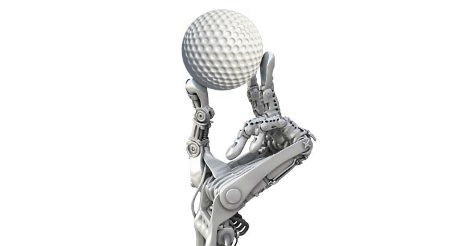 Try to think of something that hasn’t been influenced by technology. Come on! I’m waiting….

Yeah, I can’t either. No matter if it’s a sport, connecting with long lost relatives, mapping out a road trip, or even the act of reading a book, technology has touched the process somehow. Whether it’s helped or hindered it, that’s up to you to decide.

Yes, yes. You know where I’m going with this. Golf. The game has been strongly influenced by technology as well. Even the way we watch golf has changed. We can simultaneously watch one guy tee off at the 13th hole, while another guy makes a putt for birdie at the second. We can watch replays and slow-motion and pause to criticize someone’s swing.

The early years of golf didn’t see much technological evolution, but once the innovation ball started rolling, it seemed like there was a new invention every other year.

Technology has affected the way a golf club or golf ball is made. Nowadays, the best engineers in the world are coming up with new inventions to enhance the game in every way possible. 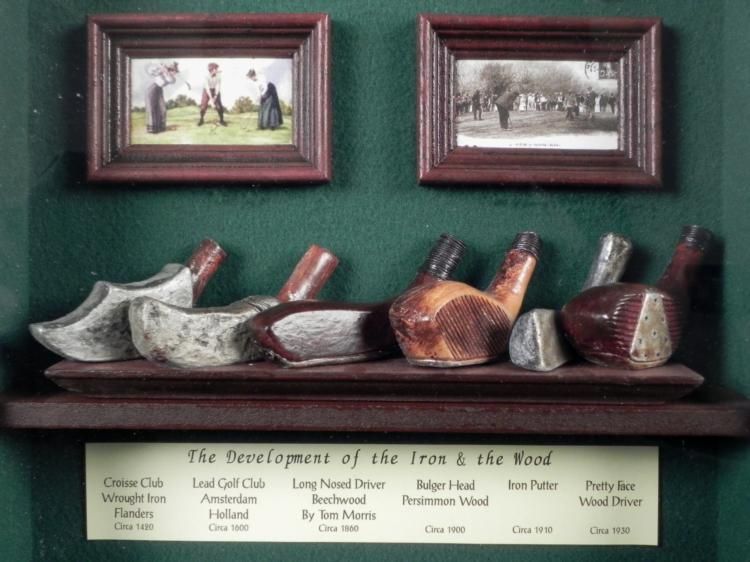 When golf was first played, as long as a club could swing, it was considered good enough. Initially clubs were formed from wood, hence the reason we call our drivers a “wood”.

It was in the mid-1960s when Ping released their Anser putter. It was brand new technology at the time with a center of gravity below the center of the ball. The putter also had heel-and-toe weighting to equally distribute the force of the putt. A few years later, Ping introduced a Color Coding System that defined the angle the club lies. It was then that golfers realized that different irons with different angles could be used to enhance your swing.

During the next decade or so, club makers toyed around with different angles and improved upon what was already on the market. The early 1990s brought us the Callaway Big Bertha. The first-of-its-kind driver had a unique shape made of stainless steel with a tip that extended through the club. The change in material was nothing compared to the change in design. Prior to Bertha, club heads were much smaller.

Since the early ‘90s, Bertha has evolved several more times, and so have golf clubs in general. Technology has touched every part of the club from tip to handle — to cell phone?

Yep, in 2011, Ping came out with an App to “improve the consistency” of your putt. It measures your arc, tempo, impact angle, and lie angle.

The very first golf balls were made from wood, and then morphed into leather stuffed with feathers. Back then, golfers were hitting the leather balls with pieces of hand-carved wood, so as long as the ball went forward, I guess that would be considered a win.

In the mid 1800s, the “Gutty” ball was created from dried sap that had a rubber-like feel to it. Because the leather and feather balls were so tough to make, and the Gutty balls simplified the process, golf became a game that was open to the masses.

Just before the turn of the century, rubber core balls replaced the Gutty balls. It was around this time that dimples were starting to be used to improve airflow.

It’s no doubt that technology has impacted the golf ball industry. Throughout the years, the importance of weight, size, symmetry, velocity, roll of the ball, and other aspects have all been studied and improved upon.

Like every other aspect of the game, golf shoes have revolutionized, too. Initially regular shoes were worn, but around the mid-1850s, spikes started becoming popular in order to walk safely on wet ground. These do-it-yourself golf shoes were more or less loafers lined with nails. Around 1900, manufacturers began making shoes with screw-in spikes specifically for playing golf.

A few years later, Spalding created the “saddle oxfords” that were meant for tennis and other racket sports. The shoe missed the mark in its original market, but became a hit in the golfing world and became the foundation for all golf shoes for years to come.

The “saddle oxfords” were stiff, and it wasn’t until the 1980s that we saw the turn towards more flexible shoes. Plastic spikes started replacing metal cleats a few years later, with hopes that it would cause less damage to the turf. It was fairly recently that the “spikeless trend” started taking off.

Of course, Nike revolutionized the golf shoe when Tiger Woods started wearing their designs. In the same way Air Jordan’s took over the basketball world, Nike made golf shoes “cool” and much more performance based.

Other Technology For Golfers

Nowadays, wearable technology is all the rage and it hasn’t missed the golf world. There are headbands that can monitor your stress levels as you play. Sensors you can wear in your glove that record tempo and swing path. There is a watch with GPS on it. A sensor clip that can connect to your cell phone or tablet to record any metric you can think of.

It’s pretty crazy to think about how far technology has come and where it might go. Will the sport move from the course and into a simulation booth? Will we see flying cars on the golf course anytime soon? Doubt it. As much as technology might continue to impact the game, if there’s one thing I know about golfers it’s that nothing can top getting out there, smelling the grass, and walking that course.

But I still want a hoverboard.

Look Out For Lyme Disease This Summer 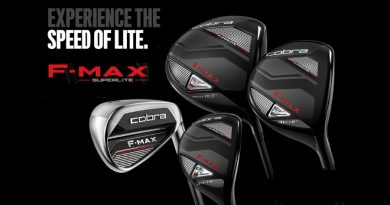