“You don’t know what pressure is until you play for five bucks with only two in your pocket.” ~ Lee Trevino

One of the best things about golf is that there are so many different ways to pit yourself against an opponent. Stroke play, skins and match play are the formats you see most often on Tour, but for the rest of us there are literally hundreds of side games and wagers to make things a little more interesting.

Nassau. This one’s probably familiar to the most golfers. This game makes three matches out of a standard 18-hole round: low score on the front nine, the back nine, and the 18 hole total. A two dollar Nassau means the front side’s played for $2, the back’s played for $2, and the total’s worth $2. Scoring is up to the players: stroke or match play, scramble or best ball, with or without handicaps and more are all viable options.

Bingo-Bango-Bongo. A game where every hole is worth three points: first ball on the green earns one, closest to the pin once all are on another, and first ball in the cup the third. Play for as little as a quarter a point and you’ll be surprised how much strategy comes into play.

“I play with friends, but we don’t play friendly games.” ~ Ben Hogan

Aces and Dueces. Perfect for 4 golfers with similar skill levels! Set an Ace and a Duece before your round starts. On each hole, lowest score collects the Ace from the other three. Highest score pays the Duece to the other three. Also known as Acey Ducey, this one can get expensive quickly if you’re playing against much better opponents, so set small bets!

Gruesomes. Two 2-person teams square off by choosing which drive the opponents have to play out. Like best ball in reverse, this one’s fun and can help develop those recovery skills!

Arnies. Before the round, set this amount to be awarded to any golfer who makes par or better without touching the fairway. Par 3’s are excluded.

Hogans. The reverse: awarded to a golfer who gets par or better without leaving the fairway.

Titanic. Earned by a golfer who hits into a water hazard but manages to card a par or better.

PS: Do YOU bet when you golf? If not, why not? If you do, what’s your foursome’s favorite game and what are the stakes? I’m also looking for your great gambling stories – come from behind victories, last-second collapses, big winnings or losses… share ’em all with your fellow Rock Heads below! 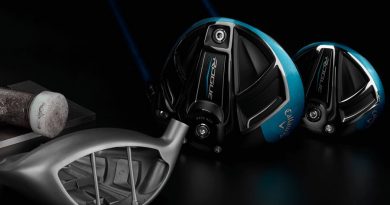