Congratulations to Martin Kaymer on winning the 2014 U.S. Open! The German’s wire-to-wire win gave him his second career major and second victory in 2014. The 29-year-old started the tournament by posting a 5-under-par 65 in the first round and dominated the field the rest of the weekend. Kaymer won with a 9-under 271 while Rickie Fowler and Eric Compton tied for second at at 1-under. This win puts Kaymer in the history books. Here are just a few of the reasons why:

Need more reasons why we’ll be talking about Martin Kaymer’s win for a long time? Check out Back 9 Network’s By the Numbers: 2014 U.S. Open

That’s not to say that Martin Kaymer was the only won to wow us. Here are Scratch’s favorite moments of the 2014 U.S. Open!

Ken Duke’s par on the 9th hole on friday. This man must know some voodoo to pull this one off.

Miguel Angel Jimenez’s classic sword sheath(that’s not an innuendo). Jimenez is always the coolest dude on the course. At the par-4 third hole, Jimenez mined his pit of awesomeness to get an eagle to push him up to 3-over for the tournament. The best part? the way he celebrated.

Zach Johnson sinks a hole-in-one and celebrates with everyone.

Kenny Perry, the oldest man in the field, scored this unimaginable eagle on the 14th hole. Not to bad for 53 years old.

The USGA brings you the best of the final round. 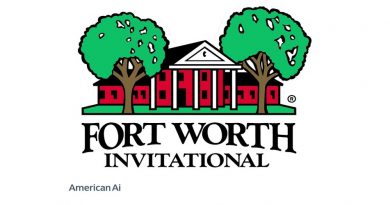 Quick Look at The 2018 Fort Worth Invitational