The Players Championship isn’t officially a major, but you wouldn’t know it by all of the coverage and hoopla. With a $9.5 million purse and 600 FedEx Cup points on the line, it definitely feels like a major. That means that the top players will turn up including Tiger Woods, Rory McIlroy, and Phil Mickelson. There’s no torrential rain on the forecast(unlike earlier), so all signs point to an exciting weekend!

When: Thursday May 9 – Sunday May 12
Where: The Players Stadium Course at TPC Sawgrass, Ponte Verde Beach, Florida

The story earlier in the week was all about the veritable monsoon that hit the course. The famous #17 hole was a literal island for a day or two. Thanks to the hard work of the grounds staff, it appears that there shouldn’t be an lingering damage, but keep an eye on those greens.

Matt Kuchar is going to try to become the first to be a repeat winner at this tournament. He’s paired with Tiger and Brandt Snedeker on Thursday; those two have already had a pretty good season, but without consistency. TPC Sawgrass seems to have been a hard course for Tiger. The last time he had any luck here was 2009 when he tied for eighth place.

We may very well see a surprise winner. Don’t believe me? Did you know who Derek Ernst was until Sunday?

Golfin’ In The DMZ 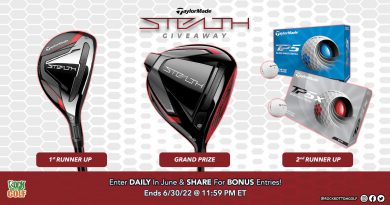