Not too long ago, American lawmakers took action to prevent tobacco companies from advertising in certain formats (remember the Winston Cup?), and now a movement is under way Down Under and Across The Pond to do the same with the alcohol industry. Needless to say the issue has attracted some serious attention and stirred up a firestorm of debate from both sides. Should beer, wine & liquor ads be banned from sporting events?

On one hand, you’ve got the producers, distributors, and, yes, drinkers of the booze who point to studies showing no relationship between advertising and alcohol abuse. One large player in this bunch is The Portman Group, a public relations firm that represents numerous beverage companies such as Inbev, who recently acquired Anheuser-Bush and sells their suds in 30 countries worldwide, and Carlsberg, a Dutch brewing company. Portman’s estimates are that the drink industry spends between $250 million to $330 million annually on sponsorships and advertising in the UK alone. In the US… well, just think about that football game you watched on Sunday and how many beer commercials you saw…’nuff said.

On the other hand, medical experts, public safety officials and teetotalers in general have their own studies that show the opposite: the more pro-alcohol messages someone sees, the more likely they are to drink the stuff, and too many ads can contribute to creating a full-on drinking problem. (It’s obviously not as cut-and-dry as that, but you get the drift.) And with just about every sport and their stars being marketed to younger crowds, a major concern is the effect of these ads on teenagers and even younger children.

You don’t have to go any further than golfer John Daly to see what abuse of alcohol (among other vices) can do to a career. Daly has lost endorsements, teachers, fans, and untold prize money with his alcohol-soaked antics.

But would a ban on sponsorships and advertising really help keep kids from drinking? And how would leagues, teams and players make up for the missing revenue that beer ads are currently providing? That other major sports sponsor, car companies, has also pulled back on the ads and you can ask the folks at the Buick Open how that turned out!

What’cha think Rock Heads? Weigh in with your thoughts in the comments below, or shoot me a note on Twitter, FaceBook or MySpace to continue the debate!

PS: This Caveman is a long-time fan of John Daly and glad to see he seems to be on the right track these days! I’m happy to have his signature Grip It & Rip It golf gloves here in The Cave, and wish him the best of luck with his latest venture: recording an album of country tunes!

Golf Trivia: Why do golf courses have 18 holes, and not 20, 10 or an even dozen? Click here to see the answer! 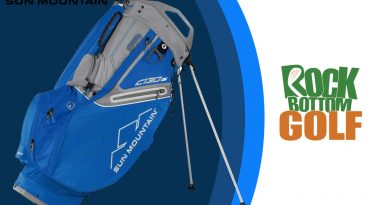 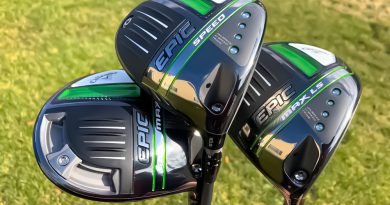 9 thoughts on “Should Sports Give Booze Ads The Boot?”