The past 2 days have made it look likely that Tom Watson will be named the 2014 Ryder Cup Captain. Yesterday Golf World’s Tim Rosaforte tweeted that his sources were reporting that Watson is likely to get the nod. The announcement will be made in the 8:30 hour of Thursday’s Today show.

Rosaforte followed that tweet up with an article writing, “I also keep hearing the PGA of America and its new president Ted Bishop wants to shake things up. So what better way to go back in time than bring back Tom Watson, which my sources say they plan to do.”

Watson, for his part, was remarkably open at the Australian Open about the Captaincy saying, “It would be a great honor if I got tapped on the shoulder … `93 was the last time I’ve been to a Ryder Cup. I’d like to go back as captain. That would be cool.”

What about the other candidates? David Toms has said that he has not heard anything. Larry Nelson said today that he is “disappointed” that he has apparently been passed over for the third time.

So it’s a safe bet for Watson. What do you think Rockheads? Let me know in the comments below! 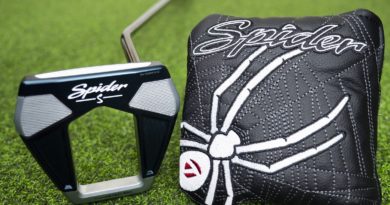 The Asian Tour’s Golf Championship and The Franklin Templeton Shootout