File this one under news of the weird. This past week at Turkish Airlines World Golf final, the game was overshadowed by a potentially embarrassing incident involving the president of the Turkish Golf Federation. The president, Ahmet Agaoglu, has been accused of headbutting a journalist as Tiger Woods waited to tee off nearby. Cihat Unal, the journalist who works for a local news agency, said his glasses were broken and has pressed assault charges against Agaoglu, who has apologized. Agaoglu says that this occurred because some press had been standing in front of Tiger’s line and began to shout at the marshals when they were told to step back. He said, “I was being pushed by one of them and pushed them back as well, the poor guy (local journalist Cihat Unal) was in the wrong place in the wrong time. He stumbled back and I was almost going to fall over him. It was unlucky it happened and I will give a written apology because one way or another it was not nice.”

This incident couldn’t come at a worse time for the Turkish Golf Federation. Agaoglu had arranged this tournament to be the largest ever held in the country. Agaoglu has since said that the Turkish Open will be held for the next three years, with a 78-man field competing for the huge praise before continuing to the Dubai World Championship. The tournament had been intended to show Turkey’s potential as a golf venue. It is also part of a continuing project to boost the country’s bid to host the 2022 Olympics.

Recently, we’ve seen noisier and rowdier fans at tournaments; who else remembers “The Bird Man”? Even though it was a personal matter, the case can be made that Tiger Wood’s personal exploits brought negative attention to the game. Is this all just a symptom of our ease of access to information. Without the internet and 24 hours news, incidents like this wouldn’t receive much attention. So what do you think Rockheads? Is this just another step away from golf as the “gentleman’s game”? Was golf ever “the gentleman’s game” or do we just remember the past too fondly through rose-colored glasses? Let me know what you think in the comments.

What happened to Perry Swenson? 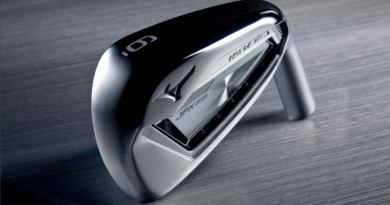