This past weekend we saw the coveted #1 in Golf spot switch hands yet again. After just two short weeks at the number one slot, Rory McIlroy had to hand over the title to Luke Donald. After the fall of the Tiger Woods dynasty, the number one position has switched hands a number of times. The question remains: how does this flip-flopping affect the sport? The golf writers of ESPN have a few opinions of their own on the matter:

Farrell Evans, ESPN.com senior golf writer: “I don’t see a period in the foreseeable future where we’ll have a dominant player to hold down the ranking for long stretches. There were critics who thought that Tiger’s long run was bad for the game and there are those who think that parity is boring. Ultimately all the flip flopping just brings more attention to the world ranking than to the game itself.”

Bob Harig, ESPN.com senior golf writer: “It doesn’t hurt. Having some drama, some interest, among the top spots keeps things interesting. And now the watch will be on to see if Rory McIlroy can regain the top spot, if Donald holds onto it, or if perhaps Lee Westwood can again ascend to No. 1.

Kevin Maguire, ESPN.com senior golf editor: “It’s great for the game, but only if the players take it seriously.”

While the writers of ESPN think that this can only be good for the game, Scratch is here to play a little devil’s advocate. When Tiger held the title for all those years many moons ago, it gave the title a sense of prominence and importance. Tiger reigned supreme. Now that the title is being swapped amongst players every few weeks, it makes it seem less important. With the toppling of Tiger, isn’t one reigning champion of golf anymore. This does create more interest in the sport as the race to be No 1 heats up, so this caveman agrees that it’s good for the sport as a whole – more interest in golf can only be a good thing. However, maybe this seesawing of the No 1 spot isn’t good for the actual meaning of what it means to be No. 1.

So what say you, Rockheads? Does the swapping of hands for No 1 mean good things for golf? Leave your thoughts in the comment section! 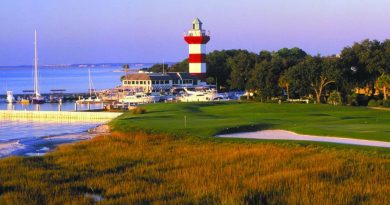 On The Range – RBC Heritage

One thought on “Golf #1’s Quick Turn Around – Good or Bad for the Sport?”