For those of you who don’t know this red-bearded cave dweller runs a weekly trivia game on both Facebook and Twitter! I am also going to start rotating Trivia between golf and fitness! So check out Trivia This week on my RBF Facebook Page or Twitter page!

Who holds the record for youngest LPGA win?
Lexi Thompson

Who was the first golfer to win 4 consecutive tournaments on the Champions Tour?
Chi Chi Rodriguez

Which Golfer used to confuse his putter for a sabre?
Chi Chi Rodriguez

What code name was assigned by the secret service to Dan Quayle when he was vice president?
Scorecard

How many times was Jack Nicklaus the runner up at the British Open?
7

The Trivia Winners: Jeff Berreta, the winner via Facebook, and Hilton Golfer, the Twitter winner! You have each won a $10 RockBottom gift certificate! Spend it wisely Rock Heads!

Also speical congrats to the Yahoo Fantasy golf winners: Shankapotomus who won the PGA Championship and a $10 GC! And the season winner Computer_bobb who won $25 in caveman cash! Congrats Gents!

If you haven’t played yet, but want to get in on the weekly trivia contest. Here is a quick refresh of the rules! I will pose 1 question per day for a total of 5 questions throughout the week. The first person to answer the question correctly will get 3pts, but you can earn a point for every correct answers you post (limit 1 per question).

You can get the prize for winning trivia, having the high score on my golfin’ game, or scavenger hunt once a month. But if you happen to have racked up the most points in two of them, I will give you a $25 gift certificate instead! In order to be fair amongst my Rock Heads you can only win each game once per month. Good Luck Rock Heads! 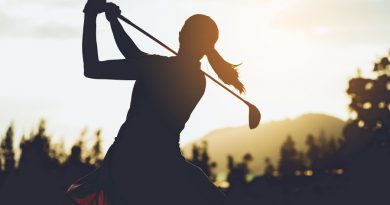 Women’s Golf Clubs Buyers Guide – What You NEED To Know!

The Best And Wackiest Gear From The 2015 PGA Show!