Southpaw, Bubba Watson climbed out of a six-stroke hole to force a three-way playoff with Scott Verplank and Ryder Cup captain, Corey Pavin. Pavin, who had taken time off from the champions tour to scout for the Ryder Cup was out after the first extra hole, Watson clenched the title with a 3-foot putt on the 16th.

Watson’s come back was the largest since Padraig Harrington also came from a six-stroke deficit to win the 2007 British Open. Watson had set out to impress Pavin, and definitely accomplished his goal.

LPGA Championship was also held this weekend Christie Kerr smoked the competition with a 12-stroke victory which put her in the #1 overall ranking. She lead all four rounds, and closed with a 6-under 66 for a total 19-under 269.

PS: I am a little upset that US and England are both now out of the world cup. 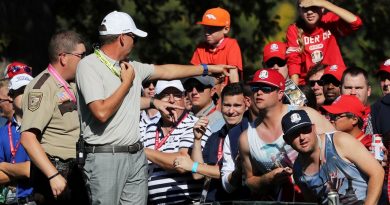