Since Mother’s Day was shared with the Players Championship this year, I’m devoting this blog to my Lady Rock Heads. There’s been a lot of news in the world of ladies golf, so let’s get right to it!

Lorena Ochoa, the world’s reigning #1 women’s golfer, retired. Her spot was taken over by Jiyai Shin of Korea.

15-year-old Alexis Thompson is makin’ waves by aiming to be the youngest female golfer ever to go pro, just 4 months after her 15th birthday. That’s a full 7 months younger than Michelle Wie’s debut! Thompson’s been doin’ really well as an amateur and even earned Golfweek’s 2009 Woman’s Amateur Player of the Year. This Caveman will be keepin’ an eye out for her name on the leaderboard at her first pro tourney, the ShopRite LPGA Classic starting June 18th.

A couple rulings caught my attention recently. Grab your official rulebooks and see what YOU think of these situations:

Anne Brophy, a college golfer at Notre Dame, says she was just being funny when she told course officials false scores during the final round of her match. She claims her scorecard was correct and would have been 100% accurate when she went to sign it and turn it in, but she never got that chance. She was DQ’d on the back nine despite her protests and says she didn’t know it was such serious business.

Meanwhile, Yuko Mitsuka of the Japan LPGA Tour received a $21,590 fine for slow play. Sounds tough enough to me, but she apparently disagreed and added a self-imposed suspension of 11 tournaments! Yuko’s sacrifice may have been an effort to keep the JLPGA from adding an even harsher sentence to her fine. Remember, it was the JLPGA who banned golfer Ai Takinami from playing or even teaching for profit for an entire decade (10 years!) for altering her scorecard back in 2006. The JLPGA doesn’t mess around!

Care to share a time where you were punished, perhaps too severely, for something that you thought was a minor offense?

PS: Sorry to end on a sad note, but the LPGA just lost one of its most promising young golfers, Erica Blasburg, this week. The cause of her death is still under investigation, but her absence and influence on her fellow LPGA members is certain.

A Closer Look At The Mizuno MP-64 Irons 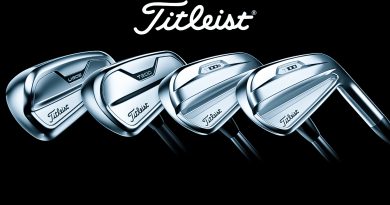