As if the island green on #17 wasn’t nerve-racking enough, there’s a lot riding on this weekend’s The Players Championship. Besides offering the highest prize on any tournament in golf, did you know the winner of the Players Championship also gets a 5 year exemption on the PGA Tour, a 3 year invitation to The Masters, a 3 year exemption for the British Open, and an exemption to the U.S. Open and the PGA Championship? That’s a lotta loot for an up-and-coming golfer to score in one weekend!

But this Caveman has a feeling it’ll be a name we all know taking home the trophy this year. Here’s Scratch’s Short List of names to watch this weekend at Sawgrass:

* Sergio Garcia won this last year, but no one has ever won two in a row. (Jack Nicklaus won in ’74, ’76, and ’78 but that’s as close as anyone’s gotten.) He got off to a decent start on Thursday, now let’s see if he can take it up a notch and score a repeat.

* Phil Mickelson won the Players in 2007 so you can’t say he doesn’t know how to win here. But you know how Phil is… and his inconsistent play makes him a tough one to bet on – or against.

* Tiger hasn’t won here since 2001, but you just know his 6th-place “failure” at The Masters is still fresh in his mind. (Not that he needs any more motivation!) I think you have to assume Tiger’s in the running for any tournament he enters.

* Don’t forget Jim Furyk – this is his home course and after a poor showing at The Masters he definitely does have that extra motivation. Now might be his time to sneak in under the radar and take the whole thing.

* David Toms – speaking of under the radar, Toms has already finished in the Top 5 three times this season and out to early lead here on Thursday, but I never hear too much about him. I’m looking forward to seeing more from him this weekend and trying to figure out if he’s the real deal or not.

Think I’m right on with my picks – or couldn’t be more wrong? Either way, let me know who YOU think is gonna win this weekend! 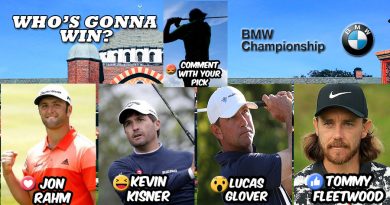 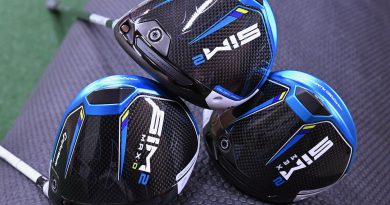