Justin Thomas got it done again at the CIMB Classic:

Back. To. BACK! @justinthomas34 successfully defends his title at the CIMB Classic thanks in part to an 8-under par 64 in the final round.

Tiger admitted what he was doing when he wasn’t playing golf:

What was @TigerWoods up to when he couldn’t swing a club? Being humbled by 7-year-olds on @CallofDuty: https://t.co/ZUt3FIMKNw pic.twitter.com/W0HhVuyErg

And he told Golf Digest he’s going to win “more than 18”:

Tiger STILL thinks he’s going to break Jack’s record 😳. Hit the link in our bio to read how many majors he thinks he’ll win. A photo posted by Golf Digest (@golfdigest) on Oct 20, 2016 at 8:14am PDT

With the election just two weeks away, Golf Digest did a little research into the democratic and republican parties themselves:

How do democrats and republicans differ on the golf course? After surveying more than 1,000 golfers, we discovered that democrats prefer to walk, republicans are slightly more open to playing music on the course, and democrats have less of a problem with golfers smoking marijuana on the course.

US Ryder Cup players got some great news:

Exciting news! For the first time, the winners of the Ryder Cup will be able to share the trophy with their friends, family and community. Each player, captain and assistant captain will get the trophy for one week. #rydercup #golf A photo posted by PGA.com (@pgacom) on Oct 19, 2016 at 4:08pm PDT

Jimmy Walker took the Ryder Cup on a tour of his home state of Texas:

Thank you to everyone who joined to make yesterday’s #SpiethShootout a huge success!

Bubba Watson took the green at The Greenbrier just months after the floods:

Great couple days at @the_greenbrier! Love being back here! #TheGreenbrier

Several players will make their 2016-17 season debut this week at the WGC-HSBC Championships:

Rory McIlroy is set for his first PGA TOUR event since winning the #FedExCup.https://t.co/YLG4YGKjIg pic.twitter.com/Lb2ZmBSZXF

This guy made an appearance at the CIMB Classic: 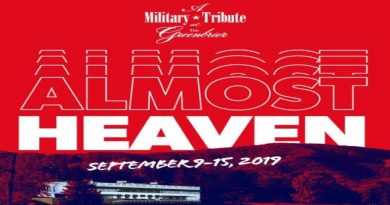 On The Range-A Military Tribute At The Greenbrier 2019

Tee It Up Recap-WGC Mexico Championship

Hey Rock Heads Are YOU looking to get your game up to speed in 2021? Look no further, Rock Bottom